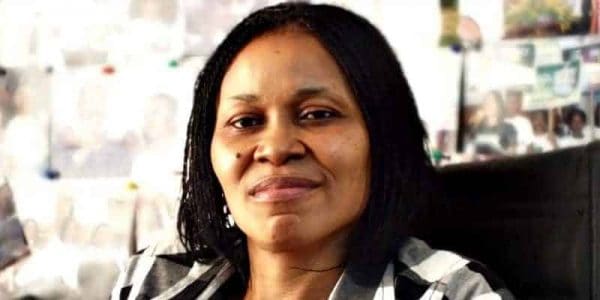 Famed Change Agent, Dr. Joe Okei-Odumakin, will chair the 7th News Express Anniversary Lecture holding this Thursday at the Main Hall of Sheraton Hotel & Towers, Ikeja, Lagos.
“We couldn’t have possibly made a better choice than Dr. Joe Okei-Odumakin considering her pedigree as a change agent and the theme of the Lecture, which is focused on generating creative ideas to take Nigeria out of the woods,” News Express Publisher, Isaac Umunna, said on Monday in a statement.
Umunna described Okei-Odumakin, who is the President of the rights groups, Women Arise for Change Initiative and the Campaign for Democracy, as one of the most awarded Nigerians alive.
He said: “Dr. Joe, as she is fondly called, is a Change Agent who has frequently been arrested for her activism, and was detained 17 times during the Ibrahim Babangida military era. She has been involved with over 2,000 cases where a woman’s rights had been disregarded.
“In 2013, Dr. Joe was presented an International Women of Courage Award from the United States Department of State. The award was presented to her by the First Lady Michelle Obama and Secretary of State John Kerry at the US State Department’s Dean Acheson Auditorium in celebration of International Women’s Day.”
Umunna announced Helen Odeleye, a veteran broadcast journalist and immediate past General Manager of NTA Channel 10, Lagos, as Host of the Lecture.
Umunna said former Governor of Anambra State and Vice Presidential Candidate of the Peoples Democratic Party during the 2019 polls, Peter Obi, will headline the 7th News Express Anniversary Lecture as the Special Guest of Honour and Guest Speaker.
He announced the keynote speakers to include Eminent Lawyer and celebrated Activist, Ebun-Olu Adegboruwa, SAN; and Legal cum Development Expert, Bashir Maidugu, a former National Legal Adviser of the Peoples Democratic Party.
Umunna said: “As was the case with previous years’ editions, the 7th News Express Anniversary Lecture will attract top government functionaries, industry and religious leaders, professional groups and diverse sectorial leaders, among others. It is a spectacular programme that commands public attention with organisers creating hype pre-event, during and post events both in the traditional and new media. It will also be streamed live to a global audience and broadcast on News Express Digital TV.”
The statement identified past speakers at the News Express Anniversary Lecture to include Special Adviser to the President on Media and Publicity, Femi Adesina; Governor Sani Bello of Niger State; Nigerian Ports Authority Managing Director, Hadiza Bala Usman; and ‘Africa’s Bill Gates’, Leo Stan Ekeh, Chairman of Zinox Technologies Limited and Konga.
News Express, which debuted on August 29, 2012, is one of Nigeria’s most popular and influential online dailies.
It is read by hundreds of thousands of people around the world and records annual traffic of upwards of 100 million.