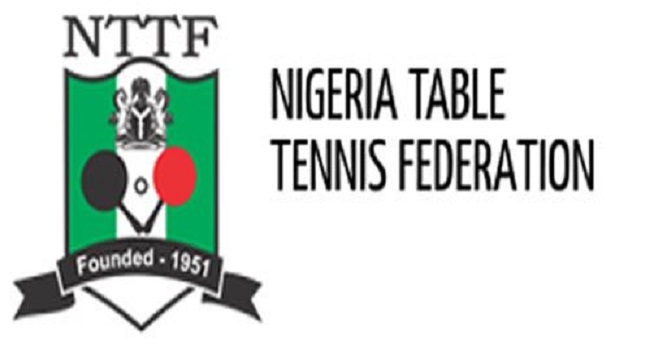 The Nigeria Table Tennis Federation has confirmed its participation in the forthcoming 2019 International Table Tennis Federation organised Junior Circuit, Ghana Junior and Cadet Open Championships in Accra, Ghana.
Nasiru Bello, the national coach of NTTF, told the News Agency of Nigeria on Thursday in Lagos that 12 players would take part in the championships holding from April 1 to 15.
Bello gave the names of the junior cadet boys as Azeez Sholanke, Ayowale Jamiu, Taiwo Mati, Abayomi Animashaun, Abdullahi Usman and Emmanuel Augustine, while Mustapha Mustapha and Mustapha Musa are in the mini cadet category.
According to him, the female junior and cadet category are Rofiat Jimoh, Iyanuoluwa Falana, Vivian Oku and Shadia Akeem.
He added that they would feature in the singles, doubles, mixed doubles and team events.
Bello said: “We are affiliated to ITTF, and have its annual programme of activities, while necessary arrangements have been concluded for our participation in the upcoming championships, which kicks off next week.
“The championships will feature four events in their categories and that instigated the idea of going to the championships with a full team to participate in all the events.”
Bello described the championships as a three-in-one competition, which includes African Junior Championships, qualifier for the 2019 World Junior Championships and African Junior Cadet which would hold within the 15-day tournament period.
The coach said the players had been in camp as part of preparations for a good outing, adding that the ongoing closed camp was to fortify their readiness and get them focused.
Bello, popularly known as Alakoro, noted that participation of players in the championships would afford them an enabling environment to gain exposure and build confidence in their career.
He said: “It’s going to be three championships put together in one umbrella, which is the reason why camping started early and still on because we need to put them in adequate shape.
“Although some of them have exposure but they still need to be on top of their games to do well because it’s going to be a very busy period for them.”
According to Bello, the ITTF championships bound-players are selected based on their current forms and performances in the 2018 National Sports Festival and National Youth Games held in the country.