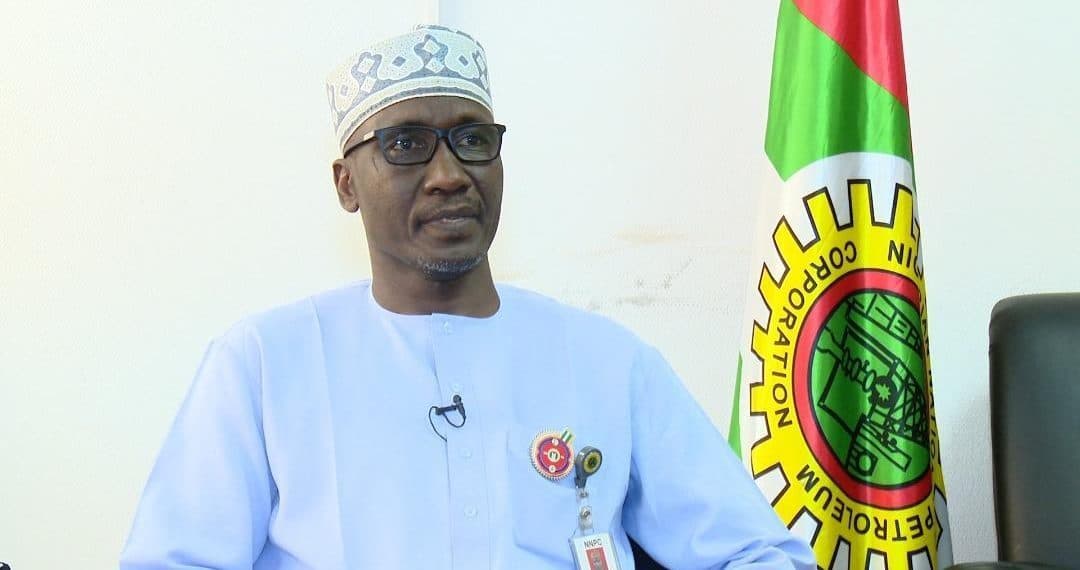 The Group Managing Director of the Nigerian National Petroleum Corporation, Malam Mele Kyari, says the corporation is poised to automate its downstream facilities such as depots, pump stations and measurement systems across the country.
Kyari said this in a statement signed by the Acting Spokesman for the Corporation, Samson Makoji, in Abuja on Wednesday.
Kyari spoke during a tour of the state-of-the-art products loading facility and lubricants manufacturing plant of MRS Oil Nigeria Plc, an indigenous oil company based in Lagos.
He added that the move would align with the corporation’s commitment to accountability, transparency and efficiency in the sub-sector.
He said the visit was a follow-up to the recently launched Operation White initiative, which was aimed at taking stock of every drop of white products in every NNPC’s location nationwide, particularly Premium Motor Spirit.
He said as a control mechanism, the Operation White had so far produced significant results as the corporation now clearly knows the areas of losses as well as reliability and integrity status of each and every facility under its control.
He said: “As you can see, those control measures have produced results. The evacuations from many of the depots have drastically gone down.
“We shall go further on this and ensure that the evacuation issues are brought to the nearest level possible.”
The GMD said as an enabler company with the responsibility of ensuring energy security for the country, NNPC would sustain its engagement drive of the downstream stakeholders, adding that every stakeholder along the sub sector value chain was very critical.
He acknowledged the recent successful operations of the Nigerian Customs Service, which he said had helped tremendously in reducing the cross-border leakages and losses suffered by the country.
Responding, the Group Chief Executive Officer of MRS Oil Nigeria Plc, Alhaji Sayyu Dantata, thanked the GMD for the visit, saying as the leader of the industry, NNPC had been very supportive toward the growth of indigenous companies.
Dantata also welcomed the move by the NNPC to upgrade and automate its systems and processes so as to bring more efficiency and curtail losses across the downstream value-chain.