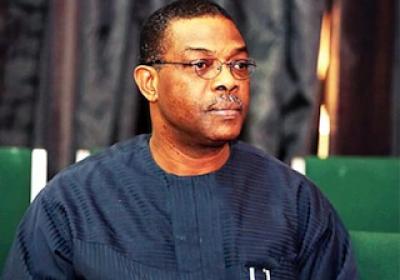 The Nigerian National Petroleum Corporation has announced the renewal and extension of the pipeline protection contract to some of its host communities.
This was contained in a statement issued in Abuja by the Group General Manager, Group Public Affairs Department of NNPC, Ohi Alegbe.
The statement said the measure was to effectively combat the growing scourge of pipeline sabotage that had impacted negatively on the corporation’s operations.
It stated that the contracts did not in any way undermine the responsibility of the police and other security agencies to protect the pipelines but rather to complement it.
It explained that the first community-based contract, which was awarded in 2011, expired in 2012.
The statement stated that there had, however, been a noticeable increase in the spate of attacks on crude oil, products and gas pipelines since the expiration of the contract.
It expressed concern that the development had led to frequent production shut-ins and deferrals of gas supply to power plants.
It added: “The pipeline protection contract is part of our community engagement programme across our host communities.
“It aims at getting community members to help in the task of protecting the pipelines around their communities.
“It would be recalled that while the earlier pipeline protection contract to the communities, which lasted from 2011 to 2012 subsisted, breaches to our pipelines were minimal which conduced to the rise in production.
“The recent rise in the frequency and intensity of wilful attacks on our pipelines dictates that we step up our community engagement programme to help stem the tide of the pipeline vandalism scourge.”
The statement stated that in the current programme, NNPC had not only renewed the contracts for the three initial community-based companies involved in the 2011 contract, but extended the programme to five others.
It stated that the other five new companies were from states where there was a high concentration of pipelines stretching from the Niger Delta to Ondo, Ogun, Oyo and Lagos States.
It stated: “The contracts do not in any way obviate or undermine the responsibility of the police and other security agencies to protect the pipelines.
“They are actually designed to complement the work of the security agencies by raising the alarm and drawing the attention of security agencies to any suspicious movements around the pipelines right of way.”
It called on the media and other members of the public to desist from reading political meanings to the corporation’s operations.