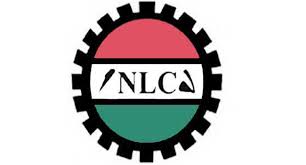 The Nasarawa State chapter of the Nigeria Labour Congress has urged the state government to reverse the “punitive transfer” of labour leaders over their roles in last year’s three-months strike.
Former and current labour leaders in the state made the call on Saturday in Lafia at a ceremony to mark the 40th anniversary of NLC in the country.
They accused the state government of pursuing “a vindictive agenda” against labour leaders who had spearheaded efforts toward a better life for workers, and described such attitude as “sad, unfair and unnecessary”.
Asoloko Maku, NLC Chairman from 2007 to 2015, specifically alleged that more than eight leaders of the union had been transferred to remote communities.
Maku said: “Some were also transferred to Nasarawa State liaison offices in other state just to isolate them from the struggle.”
He called on the current leaders of the union to stand up against government’s actions aimed at frustrating the union, and particularly advised them to pressurise government to reverse the transfers as they were done in bad faith.
Similarly, Abdullahi Adeka, State NLC Chairman commended workers for supporting the struggle for improved welfare.
He said that the union had engaged the government on sanctions meted out on labour leaders.
Adeka said: “By the Grace of God, and based on our discussions with the government, the transfer of the union leaders over their roles in the last strike action will be reversed.’’
Dominic Bako, former Head of Service, who was a guest speaker at the ceremony, condemned government’s sanctions on labour leaders and called for immediate reversal of the “punitive transfers” in the interest of peace and development.
The News Agency of Nigeria reports that the union’s Vice Chairman, Secretary, Treasurer and seven other officials had been transferred out of the state capital over their roles in the three-months industrial action of 2017.