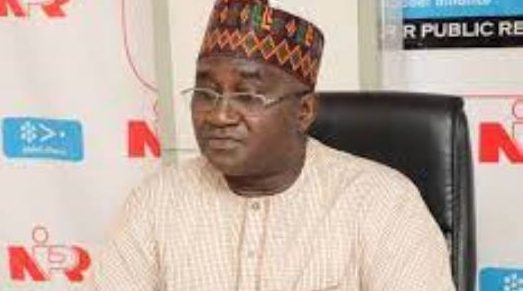 The President of the Nigeria Institute of Public Relations, Malam Mukhtar Sirajo, on Monday in Abuja inaugurated a 52-man committee for its proposed national summit on national integration, peace and security in the country.

This was contained in a statement by Stanley Ogadigo, Public Relations Officer of NIPR on Tuesday in Abuja.

It quoted Sirajo as saying that the move by the Institute to search for peace in the country had gone beyond the use of the kinetic war front.

“This battle and the search for peace can be won at another front,” he said.

Sirajo explained that the summit was conceptualised to harvest ideas, beginning in September 2021, from each of the 36 states of the federation to the zonal levels and culminating in a National Summit of citizens later in the year.

He noted that the efforts of the NIPR in seeking peace in the country was in no way an attempt to erode the efforts of the armed forces and security agencies, but a task the Institute had assigned to itself because of the patriotic citizens it paraded as members.

He said the NIPR summit for peace would complement the efforts of the security agencies, as there was now the compelling need to seek a people-to-people approach to restore public confidence.

Sirajo said: “A scan through most of the news items about Nigeria today will tell us that there is an urgent need for restoration of peace, security, confidence and mutual understanding in our nation.

“The absence of peace and security in any society impedes harmonious relationships and makes stunted economic development inevitable.

“Unprecedented violent occurrences throughout the length and breadth of the Federal Republic of Nigeria, as well as agitations of various hues are fanning embers of national disintegration.

“Ethnic and tribal chauvinists are fast assuming the role of celebrities and role models for our children.

“Our nation seems to be at war on many fronts at the same time – violence and violent tendencies, kidnap for ransom, banditry and terrorism, economic challenges, social disarticulation, corruption and its attendant reputational deficit has manifested on the nation.

“Our gallant soldiers and other security agencies, in the last one decade or so, have given and are still giving their best to this fight, within equally challenging circumstances and terrains.”

Sirajo added that the NIPR was confident that the situation would improve in spite of how gloomy and the scary outlook of the situation.

According to him, ideas generated from the summit would be transformed into a blueprint and policy recommendations for governments at all levels, as they worked on a new trajectory to Nigeria’s rebirth.

He said: “We have some choices to make; choice between the roundtable and war front; between economic growth and prosperity on one hand, and poverty and starvation on the other; and between resigning to a doomed fate and rising to the occasion.

“I believe posterity will not forgive us if we failed in our choices to prefer the roundtable, the harnessing of our diversity for the benefit of all, prosperity over poverty and rising to the occasion of sustainable growth and development based on equity, justice, respect and love for one another.

“This is why we are calling on men and women of good conscience to hearken to this clarion call and join us in this very noble initiative.

“These essential ingredients are required to rally everyone to a round table to resolve whatever differences that appear to want to be tearing us apart.

“There is no segment of the Nigerian society that we are leaving out of the consultation process.

“So far, we have tried to enlist the support and collaboration of professionals, civil society, youth, labour, students, sociocultural and religious organisations, and we are not done yet, because it remains a work in progress.”