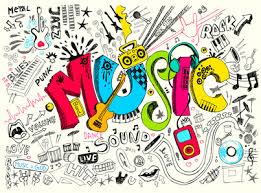 A nine-year-old beggar, Bello Lawal, on Monday in Abuja showcased his singing abilities by performing for drivers and bystanders, impressing them with his angelic voice.
Lawal, who was accompanied by his elder brother, Shehu, performed on the sidewalks of traffic along Ademola Adetokunbo Crescent, Wuse II as a means to raise money for himself and his family.
Lawal told the News Agency of Nigeria that he had been encouraged to sing to people as he had a good voice and singing was his hobby.
He said: “I like to always sing and people always tell me that I can sing well and my voice is very soft and sweet.
“Last week, I was singing on the road and a woman gave me money because she liked my voice.
“Shehu told me to come and sing on the road today that it might help us get some money and it seems it is helping.”
Asked if he knew that begging is outlawed in the city, Lawal said he was using his talent to fend for himself and his family members.
He said he was prepared to quit the street if he could see anyone ready to promote his musical talent.
NAN reports that Lawal succeeded in attracting a crowd who gifted him with money and food in appreciation of his performance.
The nine-year-old sang popular hit songs like “Price tag” by Jessie J, “What do you mean?” by Justin Bieber and “Hello” by Adele.
However, it was his impressive performance of the song “Hello” by Adele that attracted the crowd and gave him a grand applause.
Kunle Amao, a driver, who expressed surprise, said: “I am really amazed that this little boy has such a soothing and angelic voice.
“What surprises me the most is how he is able to hit every note and tone of the “Hello” song perfectly.
“He is blessed, I must say.”
NAN.

Ayinla Omowura calls one of his for a tete-a-tete, by Festus Adedayo