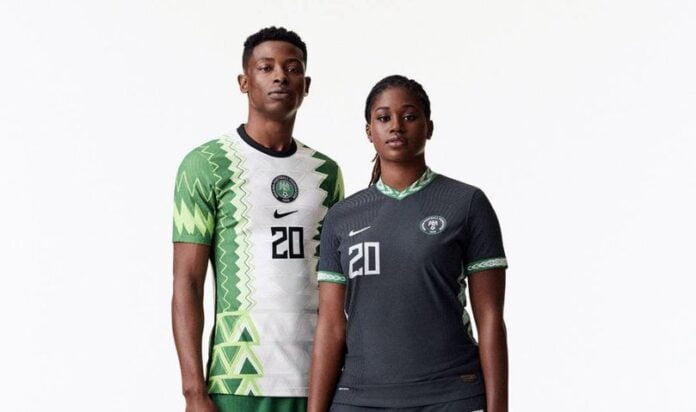 American sportswear giant, Nike, has produced a stunning and unique number for Nigeria.
Nike took the headlines two years ago when it released an eye-catching green and white strip for the African nation ahead of the World Cup in 2018.
It featured black and white sleeves in one of the most daring kits the modern game has seen.
But some would argue that Nike have done even better this time around, with the release of the new strip, based on the aesthetic of an agbada robe.
The strip is said to take a nod to nobility and family – two keys symbols to Nigerian heritage.
Nigeria’s crest is placed on the centre of the kit, with the Nike swoosh underneath.
The away kit has also been released and is inspired by Onaism, which is a traditional artistic movement central to craft and design in Nigeria.
Nike also claimed they will release more apparel based on Nigeria, including a poncho, a vest, dress and more.
But it is not just with Nigeria that Nike have taken a radical approach to design.