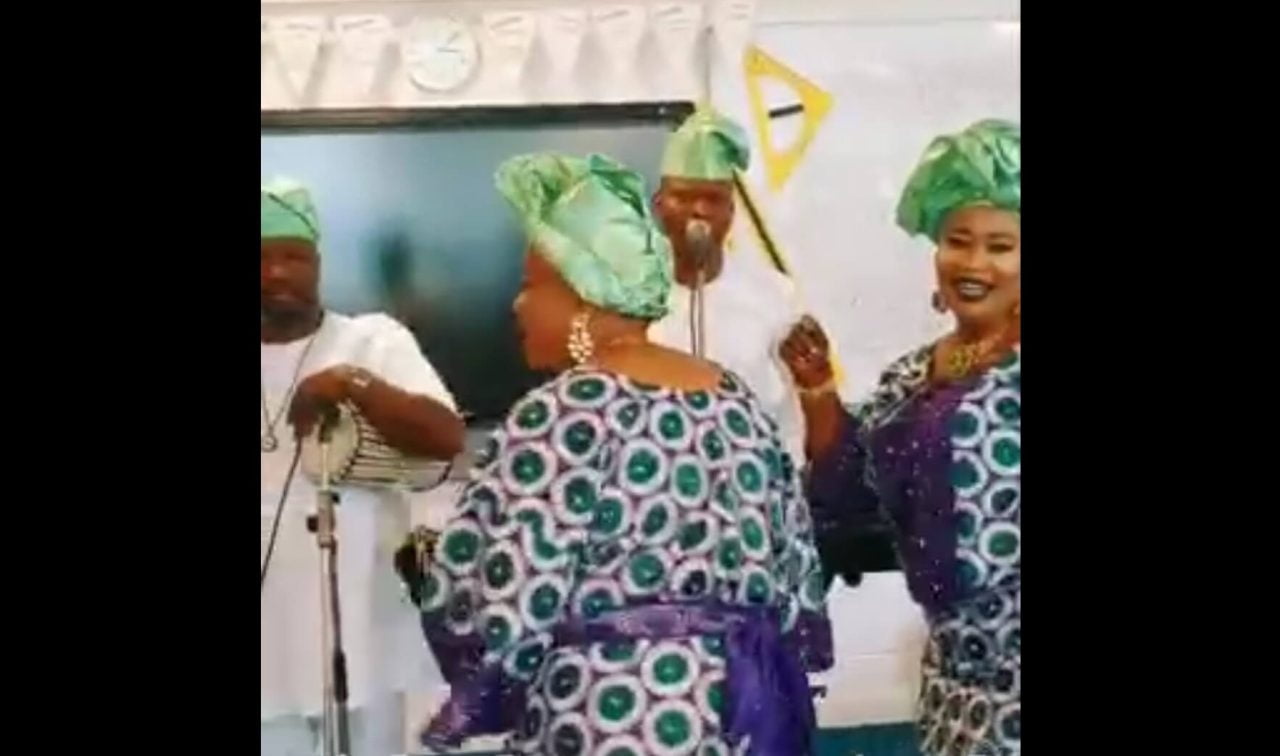 Some Nigerian high society women have been spotted in a TikTok video obtained by The Eagle Online celebrating the final burial of Queen Elizabeth II.

In the video, the women were beautifully dressed in a green and purple lace with mint green headgear aso ebi.

They danced merrily to the live music playing in the background as they swung their hips from left to right.

Queen Elizabeth II, who was also the world’s oldest and longest-serving head of state, came to the throne following the death of her father King George VI on February 6, 1952, when she was just 25.

She died at her home in Scotland, aged 96, on September 8.

World leaders and organisations had poured in their tributes at the death of the late Queen, who ruled for 70 years.

The Queen was buried on September 19 after a 10-day national mourning.