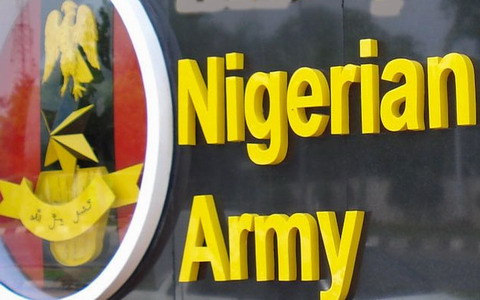 The Nigerian Army has denied an online report that it is planning to attack The Gambia in order to remove the country’s President, Yahya Jammeh, from office.
The denial was contained in a statement issued on Thursday in Abuja by Brigadier General Sani Usman, the Director of Army Public Relations.
Usman said: “For the avoidance of doubt, Nigerian Army is not planning to attack any country.
“The attention of the Nigerian Army has been drawn to a publication by Premium Times online news medium titled ‘EXCLUSIVE: Nigeria raises troops for Gambia, ready to remove Yahya Jammeh’.
“This is not true.
“Consequently, Nigerian Army wishes to disassociate itself from such false information that exists only in the figment of the imagination of the medium.
“It should be noted that such reckless and unprofessional conduct is not expected of any reputable and responsible news medium as it is inimical to national security.”
Usman said that at “no time or place Nigerian Army disclosed such information to the medium. If there is any, we challenge them to name the officer or soldier that gave them such information and when”.
The army spokesman noted that the publication apart from being false in its entirety, was unethical and capable of endangering the lives of Nigerians in the diaspora.
Usman said: “The medium is pleased requested to always clarify such matters affecting national security and diplomatic issues that may endanger the safety and security of Nigerians abroad to avoid such misleading and embarrassing publication.”