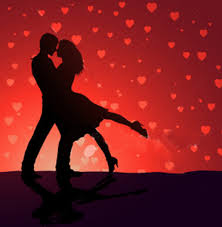 I thought the fad and fashion of telling the other lover in one’s life to hide in the closet, back of the door, behind the draperies of window blinds or under the bed has gone.

I was furious when I heard someone discussing the issue recently: the sudden arrival of the cherished lover and the subsequent insistence that the other lover, who is in the house at that point in time, should quickly find somewhere to hide.
Shame on some men! Apparently that silly era is still with us.
This clearly shows that love songs, although with different lyrics, still has the same messages of love.
What the heck do I mean?
I mean people, no matter the clime and century, are basically the same where love, sex and romance are concerned. This is why this nonsense of telling the other lover to hide when the cherished one comes is still with us.
I’m not using the word cherished here lightly. When a guy is caught right in the act, that’s usually the time for him to choose who between the two ladies he wants.
Hmm….
That nonsense has happened to yours sincerely. I don’t really wish to bore you guys with the story, except you want me to.
There was I, sipping wine, sitting in one of the cushioned seats in the sitting-room when someone knocked. It was a lady; she called loudly that the guy should open the door. He jumped like someone that had been stung by a bee.
I said to myself: “Sho, na wetin dey do this bobo?”
You wouldn’t guess what happened next.
I can see you yawning…you’re already bored abi? I don’t understand you guys. Some are saying finish the story, others are saying zip it.
Well, you guys should make up your mind and let me know. I’m still in the house. If you tell me to spill the beans, I’ll do! I’m waiting…you know my email and phone number. Holler me!
I’ll never understand why a guy should take a babe to his home when he knows that there’s another lady his heart beats and dances for. I mean she could walk in anytime!
And once a guy’s cherished babe appears on the scene, he treats the other like she’s a scumbag.
Like she’s a worm that crawled into his home, forgetting that he was the person that invited her.
To me, the solutions in these tense, embarrassing situations are very simple.
Instead of insisting the other lady should dive under the bed or hide in the closet, introduce the two babes and brave the storm.
If you’re just wooing the other babe, then introduce your cherished babe to her as yours truly.
But if you’ve been dating the other babe for long, giving her ideas, woe betide you if they don’t start fighting and destroy all your expensive electronic gadgets.
I don’t understand why when two ladies fight over a guy in his home, they invariably always latch onto expensive items in his home. It’s almost like a she-goddess who hates men used to whisper to them to also teach the guy a lesson.
Personally, I think it’s demeaning to fight and sweat over a guy.
There was a time my sister was sickly in love with a guy. Yeah, sickly in love. I’ve been in love myself, but I’ve never been able to understand a love where you act like you’re going to die for a guy. This is despite his hitting her and having a traitorous manhood.
That he’s unfaithful is enough for me, but he had a manhood that stands attention at the whiff of every sweet vagina is tragic.
But there she was, loving him like an idiot. God! She had it real bad for him.
All hell however broke lose when she discovered he was banging a lady in the building he lives.
Nawa O! Yes, my sister I dey feel you over there. You said the guy is a real Maradona?
You took the words right out of my mouth.
It was supposed to be the highlight when my sister should have walked out of that stupid relationship with her head held high. But did she do that? Nope!
Rather she dashed home, snatched a pair shorts and furiously put them on.
Yes O! Na fight the babe dey go fight.
I tried talking her out of it.
For where? Dog wey wan loss no go ever hear master whistle.
Keep a date with us next week.
08189679439…ebere20@gmail.com.