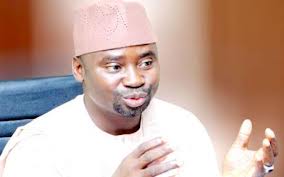 The National Emergency Management Agency on Tuesday sensitised the people of Taraba State on ways of mitigating the impending flood disaster following the Nigerian Meteorological Agency prediction.
The News Agency of Nigeria recalls that NIMET recently predicted a possible release of water from Lagdo Dam by the Republic of Cameroon that would cause flooding across the riverine states of Nigeria.
The Director General of NEMA, Alhaji Mohammed Sani-Sidi, while declaring a workshop open in Jalingo, urged participants to take NIMET prediction seriously to avoid a repeat of the 2012 experience.
Represented by the agency’s Head of Gombe Operations Office, Alhaji Saidu Minin, Sani-Sidi called on the people of the state to always obey environmental laws to reduce the effects of flood in the state.
The Permanent Secretary, Taraba State Emergency Management Agency, Nuvalga Dan-Dan-Habu, thanked NEMA for its prompt response to distress calls and their support to people affected by disaster.
Habu commended NIMET for the early warning signal, which he noted had given room for early preparation to mitigate the impending disaster.
Dan-Habu, who noted that the state government had already released funds for the agency to begin sensitisation of people across the state, called on well-to-do individuals and corporate organisations to support the course of disaster management in the state.
The permanent secretary added that the agency was collaborating with relevant government agencies to access speed boats and ensure the evacuation of people living in flood-prone areas to safe areas.
Also speaking, Julius Butu, the Executive Director of Taraba Environmental Protection Agency, called on the residents of the state to cultivate the habit of disposing waste properly to save the environment.
Participants at the workshop called on relevant agencies to punish defaulters of environmental laws to serve as deterrent to others.
NAN reports that papers presented at the occasion focused on strengthening flood risk awareness and incorporating mitigation as well as management of solid and liquid wastes in the context of flood mitigation.
NAN.