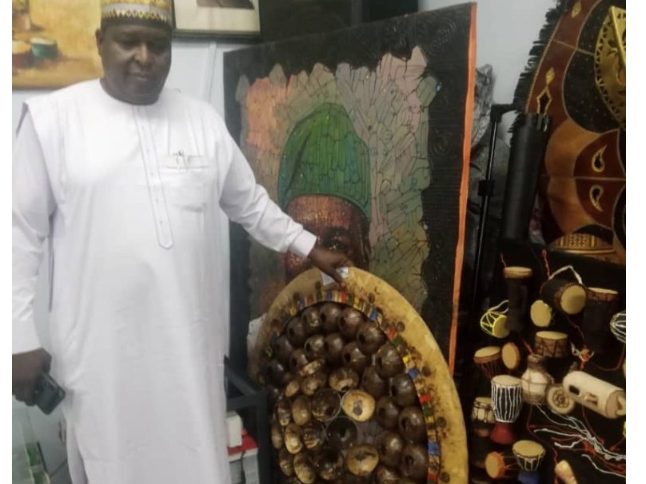 The Director-General, National Council for Arts and Culture (NCAC), Otunba Segun Runsewe, has expressed concern over how preference for foreign languages is affecting Nigerian languages.

The NCAC boss told the News Agency of Nigeria(NAN) in an interview Sunday in Abuja that the growing trend was disturbing.

He said, ”unless something drastic was done to protect Nigerian Languages, a lot of them would go extinct in the near future.”

Runsewe stressed that the problem was more pronounced with the use of English language, because it is the country’s official language.

“Today, if you go for an occasion and you speak English language wrongly people will laugh at you.

“But, if you speak Hausa, Igbo or Yoruba in that manner, nobody will know you made a mistake because it flows. It is natural.

“The problem is that parents want their children to speak English phonetics.

“Today, parents who know their children can speak good English would make sure they come out to interact with them so that their visitors would know where they spend their money.

“This is unfortunate, but that is where we find ourselves,” he said.

“When you hear that a child made Credit in English, that child will be celebrated, but a child that makes Credit in Igbo, Yoruba or Hausa will not be recognised.

“If you go to places like China and Dubai, English is not their national language.

“In Europe for instance, once you move from London to Ireland, you will discover they do not speak English language.

“I am a bit worried that it will be difficult to sort that issue out in Nigeria except there is a legal backing that English language should cease to be our national language,” he urged.

Runsewe said the crave for foreign culture generally had contributed greatly to the level of moral decadence in the country.

He said while there was nothing wrong with learning about other people’s culture, the rate at which some Nigerians imbibed negative foreign values called for concern.

He said, “this attitude is killing our cultural values to the extent that today some of our youths were deep into immorality.

“In fact, I saw something recently that marvelled me and that was men wearing lipstick.

“Our youths were now imbibing other people’s culture, which is affecting us as a people and for me, it only goes to show complex.”

Runsewe called for adequate sensitisation on the importance of parents teaching their wards Nigerian languages and the dangers of their children not understanding these languages.

The NCAC boss expressed optimism that in the near future, there would be a better language strategy on how to reach out more to the people.

The News Agency of Nigeria(NAN) reports that according to Wikipedia, there are over 525 native languages spoken in Nigeria.

English is spoken as the official language, while over 60 million people speak  Nigerian English and Nigerian Pidgin.

While Hausa, Igbo and Yoruba are considered the three main languages, other languages like Igala,  Efik, Edo, Nupe, Fulfulde, Tiv, Izon, Idoma, Kakanda are also spoken by a large number of people.