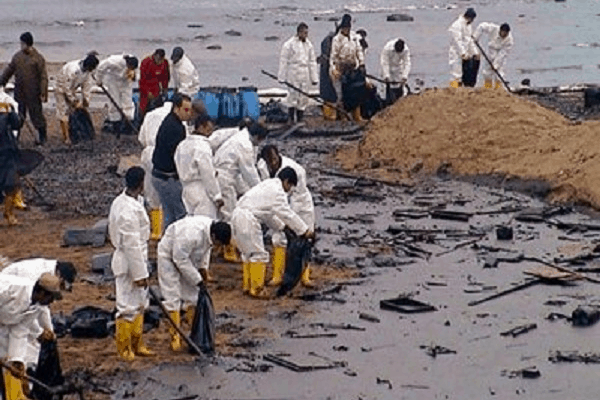 The National Assembly Joint Committee on Host Communities has again summoned the Minister of the Environment, Mohammed Abdullahi, to present the status of the Ogoniland Cleanup Project.

The Chairman of the joint committee, Senator Biobarakuma Degi-Eremienyo, gave the directive in Abuja on Tuesday.

Degi-Eremienyo gave the order at an interactive session with the Ministry of Environment and management committee of the project.

The News Agency of Nigeria reports that neither the Minister nor Permanent Secretary appeared before the committee.

Instead, a representative of the Minister, Charles Ikeah, was present at the hearing.

Displeased by the absence of the Minister at the meeting, Degi-Eremienyo said: “We had extended the invitation to the Minister, who is the Chairman of the Governing Council on Hydrocarbon Pollution Remediation Project, but he has failed to appear before the committee.

“The Project Coordinator of HYPREP was also invited, but he has failed to appear before the committee.

“This is not the first invitation.

“If he will not be able to attend this meeting, he should have communicated by himself or through the Permanent Secretary before today.”

The Chairman said that he took their failure to be at the meeting as a slight and high level of irresponsibility.

“I frown at the attitude of the Minister and also the Project Coordinator in demonstrating constant disrespect and disregard for the institution of the parliament.

“We have invited them about three times and they evaded engagement with the parliament.

“For me, it is an appearance of concealment of information to incapacitate us to go for effective discharge of our duties as a parliament, to oversight the activities of HYPREP.

“It shows appearance of insensitivity.”

The lawmaker, however, commended the Federal Government for conceptualising the idea as a follow up to the UN report on the cleanup of Ogoniland.

Degi-Eremienyo said: “The story of degradation and pollution of the Niger Delta is an old story but it is always fresh.

“It is always fresh because the situation and experience continues unabated in the Niger Delta.

“It is very unfortunate.

“This project is very important to the people of the Niger Delta.

“It is a pilot project that is supposed to be replicated in other parts of the Niger Delta, but apparently it is not working the way it is expected to work.

“It is on that note that I, as the Chairman of the committee, also give my endorsement and support to the motion that the Minister and, of course, the Project Coordinator and the management team of the project be summoned to appear before this joint committee.”

Speaking, Chairman, House Committee on Host Communities, Rep Dumnamene Dekor, said that the absence of the Minister at the forum was most regrettable.

Dekor said: “The programme and project design is also treated with levity.

“It is shocking that the Project Coordinator is not also here.

“While we summon them, the people should know that those staying in and around the Niger Delta are still languishing.

“This project took off because President Muhammadu Buhari felt it should take off.

“That the suffering of the people will be alleviated and this is almost six years down the lane and there is no activity that is going on.”