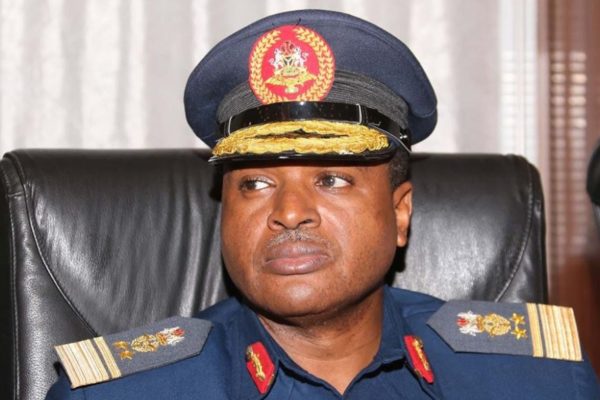 The Chief of the Air Staff, Air Marshal Sadique Abubakar, has approved the promotion of Master Warrant Officer Grace Garba to the exalted rank of Air Warrant Officer.
The NAF Director of Public Relations and Information, Air Commodore Ibikunle Daramola, announced this in a statement on Tuesday in Abuja.
Daramola said with the promotion, MWO Garba becomes the first female Senior Non-Commissioned Officer to be promoted to the highest rank in the Non-Commissioned Officers’ cadre in the Armed Forces of Nigeria.
“The promotion demonstrates the commitment of the current NAF leadership in paying adequate attention to the empowerment of female personnel to realise their full potentials,” he said.
Daramola recalled that one of the NAF’s female officers was sent to the United States of America for training to become the first female fighter pilot in the history of the NAF.
He added: “Similarly, for the first time in NAF history, another female pilot is on the verge of completing training to become the first female helicopter pilot in the Service.
“It is expected that the promotion of MWO Garba to AWO would serve as a motivation and spur other airwomen in the Service to strive for excellence and aspire for such rare elevation.”
Born on February 14, 1966 in Garkida, Gombi Local Government Area of Adamawa State, Garba joined the NAF in 1986 as a member of Basic Military Training Course 10.
She holds a Certificate in Nursing from School of Nursing, Maiduguri, Borno State; and Certificate in Midwifery from Ahmadu Bello University Teaching Hospital, Zaria, Kaduna State.
The officer holds a Certificate in Public Health Nursing from School of Health Technology, Kaduna and Advanced Diploma in Public Administration at the Federal University of Technology, Yola.
She is currently the Regimental Sergeant Major of the NAF School of Medical Sciences and Aviation Medicine, Kaduna.
She will be decorated with the new rank on October 15.