My visits to President Buhari not about movement to APC — Mimiko 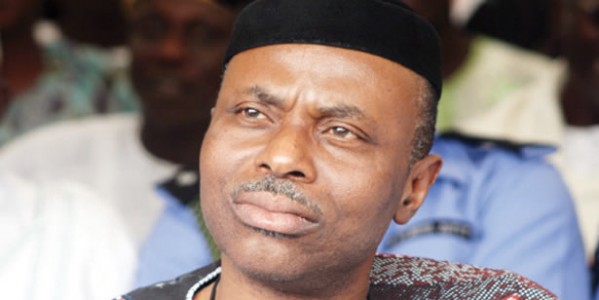 Governor Olusegun Mimiko of Ondo has dismissed reports that his recent visits to the Presidential Villa are to facilitate his movement from PDP to APC.
Mimiko told State House correspondents in Abuja on Monday, after a closed door meeting with President Muhammadu Buhari, that he only briefed the president on the security situation in his state.
According to him, as the Chief Security Officer of Ondo, he is duty bound to brief the president on the security situation in the state.
Mimiko said: “Like I said, as the Chief Security Officer of my state, if there is any credible threat to security, I owe the responsibility to Nigerians to brief Mr President of what is going on in the state.
“Mr President was in my state to campaign for his party. I extended to him the courtesies of receiving him at the airport and seeing him off as president of the Federal Republic of Nigeria, not as APC.
“I understand that people have speculated that this means I am going to APC. There is nothing of such. I only extended him normal courtesies that protocols demand.
“As a governor and security officer of the state, if the president is visiting, no matter the party he belongs, it is only appropriate for me to extend the courtesies to him.
“That was what I did in Akure.
“And I have also come to brief him about the security situation in my state.’’
Mimiko told reporters that he was only visiting the villa for the second time since the crisis in his party, adding: “I am just concentrating on the case of my party in court’’.
When asked what would happen if his candidate were to win at the Supreme Court, he said: “the whole of Ondo State will erupt in joy and it will be so self-evident’’.

I was misquoted on nation agitators