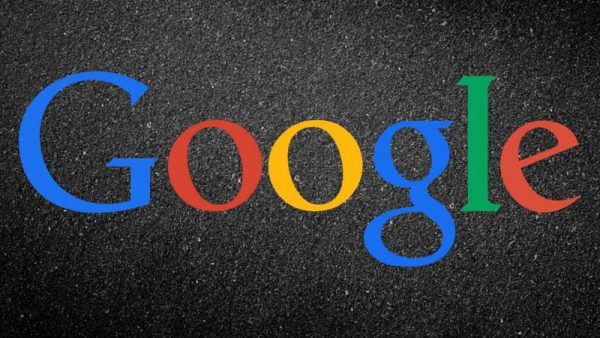 Nigerians searched frantically on Google last week for a new minimum wage, envisaged to be announced by the Federal Government on Workers’ Day.
According to the Spokesman of Google, Taiwo Kola-Ogunlade, hundreds of Nigerians took to Google to get information on a long-envisaged new minimum wage.
Kola-Ogunlade, who is Google’s Communications and Public Affairs Manager for Anglophone West Africa, made the disclosure in Lagos on Thursday.
He said that in the week under review, terms ranging from assurance on a new minimum wage, to a viral video of monarchies supposedly embarrassing each other and marriage troubles, trended on Google Nigeria search.
The one-week search on the search engine started from April 27 and ended on May 3.
Kola-Ogunlade recalled that President Muhammadu Buhari had assured Nigerian workers speedy passage of a new national minimum wage.
He said: “President Buhari, marking Workers Day on May 1, 2017, said that he is happy to announce that government will give expeditious consideration to the proposal contained in the technical committee’s report, which was submitted to it on April 6, 2017.
“The proposal details the setting up of the new national minimum wage committee and the needed palliatives.
“Workers searched Google for ‘Workers’ Day Message’, Happy Workers’ Day Images, Workers’ Day Wishes, Workers’ Day in U.S.A and Workers’ Day SMS.”
The spokesman said the release of the leader of the Indigenous People of Biafra, Mazi Nnamdi Kanu, also featured on Google search.
He said Kanu was finally released from jail on April 28 after he met the stringent bail conditions handed down to him by the trial judge, Justice Binta Nyako, of the Federal High Court, Abuja.
He said: “Trending Google search terms following the release include: Nnamdi Kanu bail conditions, Has Nnamdi Kanu met his bail conditions, Bail conditions for Nnamdi Kanu and Nnamdi Kanu rejects bail.”
Kola-Ogunlade said Google search was flooded for a video of the Oba of Lagos, Oba Rilwan Akiolu, refusing to shake the hand of the Ooni of Ife, Oba Adeyeye Ogunwusi.
The Google manager said the video made rounds across online media platforms in the week under review.
He said in the 25 seconds video, which had gone viral, the Ooni of Ife was seen arriving at an event, which had the Oba of Lagos sitting beside another monarch.
“The Ooni walked over to greet the obas but as soon as he offered the Oba of Lagos his hand, Oba Akiolu looked away and dismissed him with a wave of the hand.
“The embarrassed monarch quietly returned to his seat.”
Kola-Ogunlade said actress Mercy Aigbe’s seven-year-old marriage to hotelier, Lanre Gentry, also featured top on Google search.
According to him, the marriage is rumoured to be on the rocks, amid claims of infidelity and domestic violence.
Kola-Ogunlade said that the 38-year-old actress shared a cryptic Instagram post on domestic violence on April 28.
The manager said the cryptic Instagram had the saying: “Say no to domestic violence,” which made many people began to wonder if Mercy suffered the same fate as many Nigerian women.
He said with search terms such as “Mercy Aigbe domestic violence”, “Mercy Aigbe beaten”, “Mercy Aigbe’s marriage” and “Mercy Aigbe and husband” seeing high search volumes, it was clear many people were concerned.
The spokesman noted that the Federal Government would soon invite Anthony Joshua, the newly-crowned unified world heavyweight boxing champion to Nigeria.
He said the Minister of Information and Culture, Alhaji Alhaji Lai Mohammed, made the disclosure in a statement issued in Lagos.
Kola-Ogunlade said: “The government has congratulated Joshua, the British professional boxer of Nigerian descent, who recently defeated Ukrainian Vladimir Klitschko to become the unified world heavyweight champion.
“Many Nigerians took to Google to search for ‘Anthony Joshua vs Klitschko fight highlights’, ‘Anthony Joshua vs Klitschko fight time’, ‘Anthony Joshua vs Klitschko DSTV’, ‘Anthony Joshua vs Klitschko on DSTV’ and ‘Anthony Joshua vs Klitschko video.”
Google Trends, launched in May 2006, allows one to see how popular search terms and their demography have been overtime on Google.