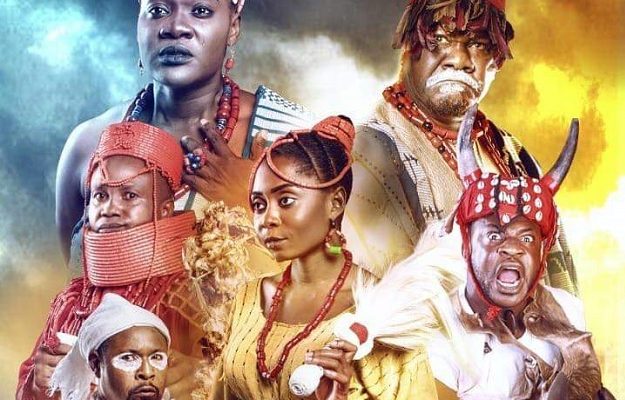 Mercy Johnson Okojie’s production debut: “The Legend of Inikpi,” has recently set a new record for Nollywood’s biggest epic film at the cinemas.
Almost hitting the N20 million mark in its second week, the movie is poised to beat the Nollywood epic jinx in Nigerian cinemas.
Nollywood Epic movies perform poorly in comparison to all others in Nigerian cinemas.
The record for highest grossing Nollywood epic was previously held by Emem Isong’s 2016 film: “Ayamma,” which grossed about N16 million at the box office after several weeks.
Interestingly, The Legend of Inikpi also holds till date the biggest Nollywood opening weekend of 2020, grossing N7.4 million, while screening in just 44 cinemas.
The producer, who maintains that telling Nigerian stories is her mandate, was excited to break the news on Instagram.
Okojie wrote: “The first reaction to my film was a rude awakening; ‘epic movies don’t sell in Nigerian cinemas’ Honestly, I was terrified when I saw statistics on statistics… I’m humbled to see the love that #TheLegendofInikpi has received in its first week, It’s not the regular blockbuster figures of course but most importantly, it’s a strong validation that we should tell our stories and the people will come and watch them.”
The Legend of Inikpi tells the true story of an Igala princess (Inikpi) who gives her life for the freedom of her people.
It features a stellar cast of Nollywood’s finest, including Okojie, Sam Dede, Odunlade Adekola, Saidi Balogun and newbie Nancy Ameh.
The Legend of Inikpi is currently showing in cinemas in Nigeria and Ghana.