Maureen Badejo: A Vlogger on the loose, by Tunde Banji 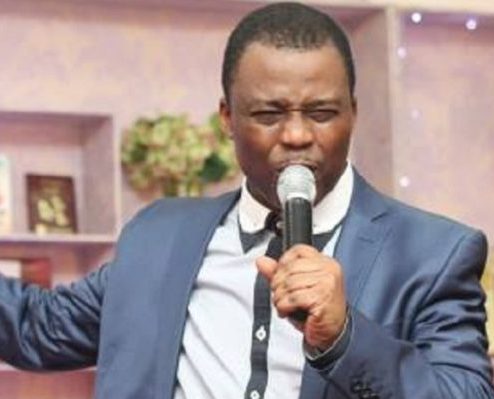 These are interesting times indeed! Just as Governments are getting wary and worried of the potential damage that can result from hate speeches and enemy propaganda vented through new media, the general public and every form of authority need to be wary of characters like Maureen Badejo of GIO TV, who rides on these platforms to malign and impugn as a vocation.

The curious case of the London-based Nigerian, is a reference point to the damage capacity of untamed media. The lady in question uses free-to-air channels such as Facebook, YouTube, etc to stream her crooked brand of “investigative journalism” dedicated to trashing the hard-earned reputation of most men of God.

Riding on the new-found trend of negative sentiments against the splendour displayed by a few of these men of God, Badejo spares no effort to spew trash freely against revered Christian institutions and their leaderships, from the highest to the lowest.

Although, it is difficult to ascertain the facts or fallacies behind many of her malicious propaganda, I could not help but be shocked when she turned her confused, opaque attention on the Mountain of Fire and Miracles Ministries under the leadership of the highly revered, modest and frugal Dr. D. K. Olukoya.

Among her railing accusations is that MFM Pastors are involved in “phantom” marriages to secure residence statuses, to the knowledge of the General Overseer, who condones this fraudulent practice. This is coming from someone who herself has been severally accused of this offence through petitions to the Department of Home Services of the United Kingdom, by not less than five different petitioners. Probably, she is concerned with defending her business turf!

Secondly, she accused the wife of the General Overseer of being placed on a monthly salary to the tune of £35,000. This is against someone who has devotedly been rendering pro bono services to the MFM Ministries in support of her husband’s vision and calling, as expected of the virtuous woman that she is. Ironically, this same Badejo has refused to account to FARIM (Freedom Foundation Apostolic Revival International Ministry) for the amounts collected on behalf of the ministry from international donors who keyed into the fund raiser organised for the ministry’s instrumentation and other projects. She has since then absconded from that ministry to escape due accountability.

She also lied that Dr. Olukoya defrauded the US Government by selling books without paying due taxes. In fact, this matter was part of the issues raised before a competent court of law right there in the United States by a set of renegade Pastors. The case resulted in fines and penalties against the claimants, in favour of the MFM Ministries and Pastor Olukoya. Incidentally, the US courts are not the corrupt types as in some jurisdictions known to me. I am also aware that the US does not joke with their taxes.

Aside from the above, a lot of other false accusations have been raised against this highly respected man of God through innuendoes and strings of outright lies, which are not worth enumerating here. In fact, she displayed a lot of premeditated and incubated angst against the MFM G.O. in a manner that suggests a hatchet job, rather than “investigative journalism”.

My further ruminate through the contents of Badejo’s platforms shows that she is a cheap rabble-rouser with specific focus on Christian leadership in Nigeria. She does not respect anything or anyone regarded as Holy. She also has close affinity with agents of like-minds whom I do not consider worthy of mention.

The purpose of this write-up is simply to speak out for the benefit of those with tingling ears, who are easily swayed by every wind of doctrine, bad news and pull-him-down activities. Now, such victims have a second and alternative opinion and need not to fall for her cheap propaganda.

I am fairly certain that most of these men of God will consider her too obscure and irrelevant to warrant official responses. But I am also aware of the potential danger of misinformation and propaganda that go unaddressed.

I write for the good of fellow Christians whose focus is life in eternity with God Almighty, that they may not fall prey to satanic agenda of discouragement, in that well-known format “strike the shepherd and the sheep will scatter”. While I am of the opinion that no living human is spotless, Christians should keep their focus on the heavenly goals rather than on demonic tale-bearers whose apparent objective is to spread discouragement through false propaganda and blackmail.

Aside from the apparent demonic agenda, I also suspect Maureen Badejo has at the back of her mind the intention to ride on the popularity of these men of God to trend on social media, prove some clout and gather substantive followership for monetisation purposes, without any conscience of the negative impact of her activities on the general good. May God have mercy on her soul and bring her to a timely repentance!!!