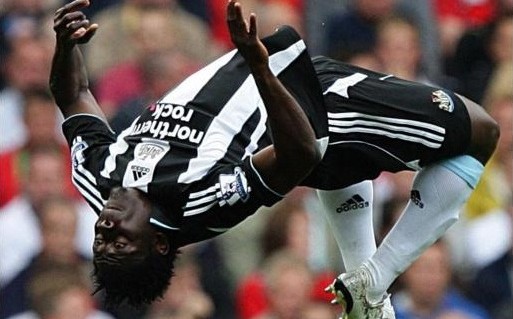 Nigerian striker, Obafemi Martins, has been linked with potential move to Turkey this summer.
The Eagle Online gathered that Besiktas are keenly interested in securing the services of the petit goal poacher.
Martins, who returned to practice on Friday following an agreed vacation time in Nigeria, hinted: “There are some teams, they’ve been calling me and all that.
“And I’ve been waiting for them to know what it’s going to be like.
“If I’m going to renew my contract or to move on to go somewhere else.
“I’m still waiting.”
Martins is making about $1.75 million this season, according to data from the MLS Players Union.
And he has been one of the best players in the league this year.
His eight goals and six assists are already one of the most productive seasons we’ve seen from a Sounder.
Still Martins said he’s happy to be back from his vacation and get going again with the Sounders.
He also shared some thoughts on the World Cup.
“I think it’s really exciting — surprising, as well,” Martins said. “Spain got beaten and some big teams, so it’s exciting.”