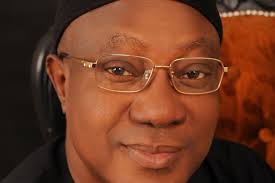 The Chairman of Hardis and Dromedas Ltd,  Dr  Chike Obidigbo, has called on the government at all levels to review their industrial policies to enhance development.
Obidigbo made the call on Friday in Umunya, Oyi Local Government Area in Anambra, during a facility tour by members of the Nigeria Union of Journalist, Anambra council.
He called for urgent review of policies affecting the country’s manufacturers.
Obidigbo said that the harsh policies of the government on manufacturers had led to dwindling economy, workers’ retrenchment and collapsed industries.
He said that many industries had voluntarily closed down while numerous others sent their workers packing as a result of unfriendly policies.
He said that such policies included lack of waiver for manufacturers who sourced their raw materials outside the country.
The industrialist also said that heavy and multiple taxation and ban on importation of goods locally produced were among such policies.
Obidigbo, who is also a chieftain of the All Progressive Congress and one-time Anambra State gubernatorial aspirant, added that the best way to exterminate poverty and unemployment was for the government to encourage industrialists.
He said that all-inclusive policy formulation and implementation and patronage of made in Nigerian goods would also encourage industrialisation.
Obidigbo said: “The way forward for the government is to partner with us and other individuals with comprehensive knowledge of project proposals, project implementation, project monitoring and evaluation.”
He also said that project development cum funding, enhancement of international marketing mix as well as comprehensive technical and managerial skills were needed.
He said: “If not, how else do they expect us to come out of recession or create jobs while they don’t understand us, never intended to understand us and will never understand us?
“We need a government that will liaise with the industrialists or manufacturers not the one that kills our industries.
“All their interest is to take from us and not to give to us. Their policies, agencies and even the Bank of Industry which ought to support us with loans and so on are doing otherwise.
“If things continue this way, more industries will fold up; more workers will become jobless while the cost of goods shall remain at exorbitant prices.
“Of course they can’t expect much products or wealth creation while encouraging importation or discouraging producers through obnoxious policies, scarcity or hike in the cost of raw materials and so on.
“We must be included on policy formulation, implementation and monitoring where and when concerned.”
He said that his company had over the years cycled and recycled more than 12,000 persons with various qualifications and skills.
He said: “Hardis and Dromedas is a manufacturing company which for the past 25 years researched, developed and launched into the African market several products.
My interest is on massive job creation, social engineering, state craft and general well-being of the people. This is also the tap root of my desire to join politics and to seek public office.”
Also speaking, Joy Mbachi, the Chairman of the NUJ 2016 Press Week Committee, assured the company of unbiased coverage of its activities.
Mbachi said the journalists were able to deduce from the tour that the company was keeping to its words in producing quality products, creating wealth and in the area of employment.