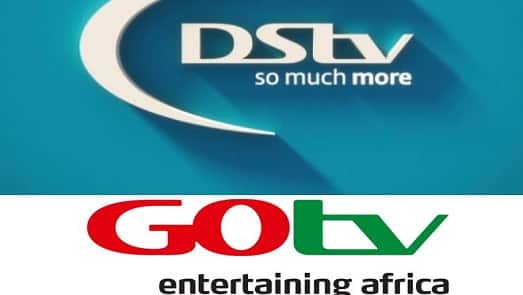 SuperSport viewers on DStv and GOtv have been promised an extended action from the Premier League and Serie A, matches.

A top of the table Premier League clash between league leaders Manchester City and title hopeful Chelsea would kick-off at the Etihad Stadium early on Saturday. The Citizens and the Blues are both seeking to claim an all-important three points off a fellow title rival – while Liverpool are sure to be watching closely ahead of their home clash against Brentford later the same day.

PR Specialist wrote that City manager, Pep Guardiola has praised his side’s consistency: “I prefer to win titles but when you break records you are consistent, win ages and win games,” said the Spaniard. “This is the precious value this team has, you have to renew, build again, avoid performance like the first half to do better.”

He indicated that another major match in this round sees Tottenham Hotspur host Arsenal for the latest edition of the North London derby, nothing that the clubs are looking to step up their level of performance and secure a top four finish.

Agada’s release read in part: “Football is all about details and when you come close to the final step, details are so important,” said Spurs goalkeeper Hugo Lloris. “We know that we have the manager who can help the team improve in those details. [Manager] Antonio Conte’s CV talks by itself. He’s bringing his energy, his football approach but also, mainly, his mentality. He has the winning culture in his DNA.”

“The round gets underway with the intense rivalry between Brighton & Hove Albion and Crystal Palace, while Saturday will also feature a key clash between Newcastle United and Watford – with both teams fighting for survival –  Steven Gerrard’s Aston Villa will face Manchester United for the second time in 5 days.

“This weekend’s Serie A action features a key clash in the title race, as champions Internazionale head to Bergamo to take on Atalanta. The Nerazzurri have adapted brilliantly under manager Simone Inzaghi and look very capable of defending their crown, but La Dea are dangerous and unpredictable opponents.

“I did expect Inzaghi to have more difficulty setting in, but in reality it has been very easy and he’s been able to show the real work he achieved, becoming a real added bonus for this club,” said Inter CEO Beppe Marotta. “The club went through violent summer storms, but we found our north star, the path to follow and rediscover our balance after the departures of Hakimi, Lukaku, Eriksen and Conte.”

The other title hopefuls, he wrote are Napoli and Milan, will be away to Bologna and at home to Spezia respectively – and looking to capitalise on any mistakes from their rivals at the top of the log. The Neapolitans in particular have come through a tough spell of adverse results and injuries, with manager Luciano Spalletti proud of his team’s resilience.

“I was pleased we worked so hard as a unit, that everyone was so eager to do something for Napoli. Players don’t ask for anything, they put themselves at the disposal of the team,” said the veteran tactician.

Juventus, meanwhile, will take on Udinese in Turin. The Bianconeri have not been contenders in the Scudetto this term, and defender Matthijs de Ligt wants to see a stronger mentality.

“I always want to win and do everything possible to win,” said the Dutchman. “Sometimes I get angry, because I don’t get it when I see players with the wrong mentality. That makes me angry. An error can happen, but the mentality must never waver.”

Elsewhere, capital-city giants Roma and Lazio are at home to Cagliari and away to Salernitana respectively, while Fiorentina will chase three points when they welcome Genoa to Stadio Artemio Franchi.

Meanwhile, viewers have been urged to can to reconnect or upgrade to any of the DStv or GOtv packages for an unrivalled selection of football from around the world.

This, Agada said is to ensure sustained access to all the matches and more on Supersport.