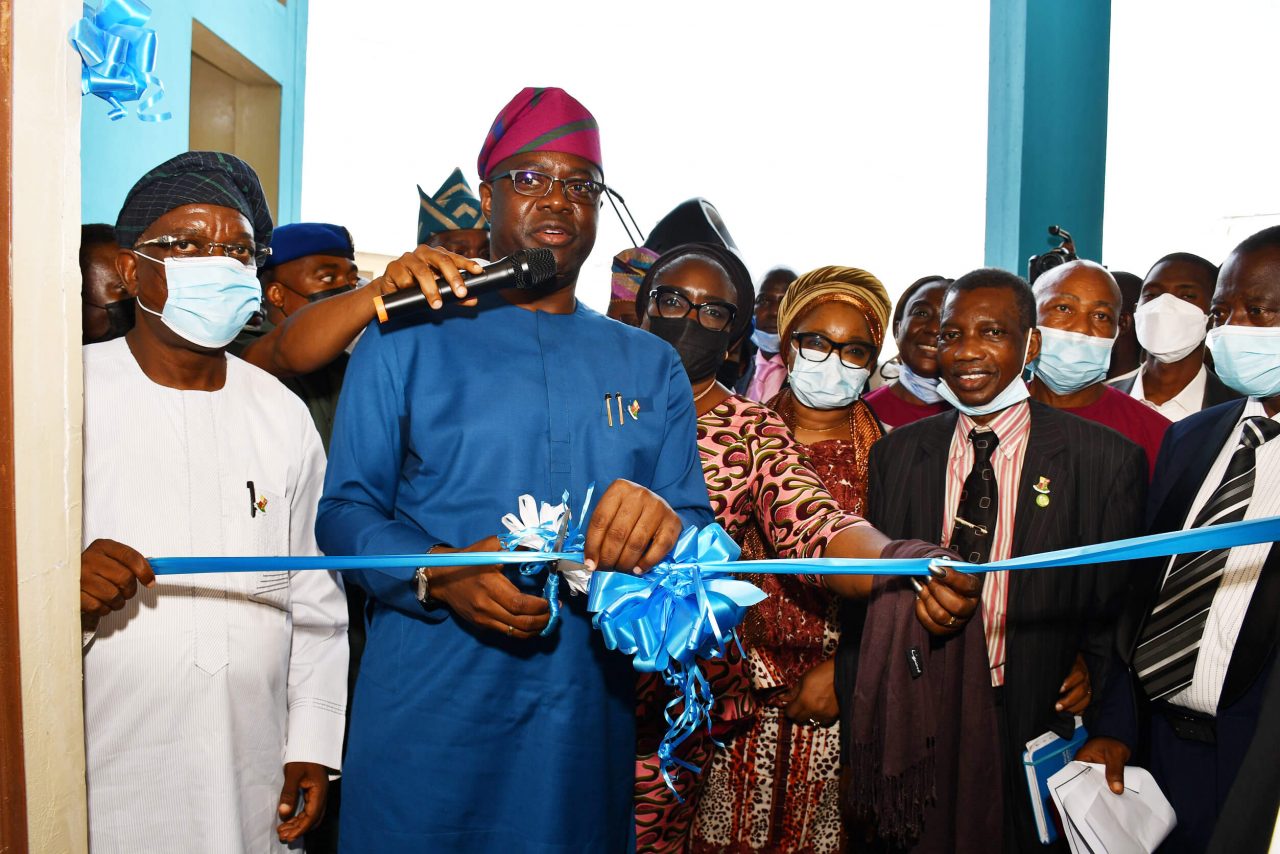 Governor Seyi Makinde of Oyo State has approved the recruitment of 500 health workers to fix the gap in the health sector across the state.

He added that the challenge of understaffing in the public health sector in the state is something the administration has been trying to address, noting that ongoing intervention to build at least one well-equipped Primary Health Care Centre in each of the 351 Wards of the state is on course.

A statement by the Chief Press Secretary to the Governor, Taiwo Adisa, indicated that Makinde stated these in Saki, during a Town Hall meeting in commemoration of the second anniversary of the government, held at the Saki Parapo Town Hall, Saki.

The statement added that the governor equally flagged off the reconstruction of the 45.3 kilometre Saki-Ogbooro-Igboho Road, stating that his administration’s commitment to building roads that target the economy of Oyo State has led to the massive ongoing infrastructure projects in the state.

The road project, which, according to the governor, is expected to be completed in 18 months, was awarded to Messrs China Civil Engineering Construction Corporation at the cost of N8.7 billion under the Alternative Project Funding Approach.

While speaking at the Town Hall meeting, which was attended by traditional rulers, artisanal groups, politicians, youths, people living with disabilities  and students from Saki and neighbouring towns in Oke Ogun, Governor Makinde said his administration has listened to the yearnings of the people and would continue to address them accordingly.

Responding to the views expressed by representatives of communities and groups, Makinde reassured the physically-challenged that he would continue to hold their interest dearly.

He said: “Some of the things you requested for, I have started with those who are physically-challenged. I said I will appoint some of you as Supervisory Councillors in the interim administration at the local level and in what we plan to do too, your position is guaranteed.

“What you just need to do is not to allow anyone choose for you but choose them yourselves and that request too is granted.”

While speaking on the issue of shortage of workers in the health sector, particularly the Saki Specialist Hospital, Governor Makinde said his government would address the problem once and for all.

He said: “I heard what they said about Saki Specialist Hospital. It is a problem we are trying to solve throughout Oyo State. As big as this State is, we only have 136 doctors. In Primary Health Care Center, we have only 17 Doctors.

“Last week, I already signed that they should recruit 500 health workers. So, when the recruitment is done, it will reach Saki and its environs. on Thursday, we will commission the road coming from Moniya to Iseyin. I have called the person in charge of NYSC and was told that they have about 48 medical personnel and about 38 Doctors. I have told them not to post them to anywhere, and that we would post them to our various hospitals.

“So, please, just be patient a little bit with us. We have promised that there must be one Primary Health Centre in each Ward and they must be standard, well-equipped and staffed.”

The governor, who also expressed his resolve to expanding the economy of the state by creating a conducive environment for trading activities said the government will soon install 800 solar streetlights across markets in the state.

“Within Saki and its environs here: Saki Township road and Saki/Ogboro Road, I can confidently tell you that we have committed at least N15 billion on the two roads. So, we will do the rest. We are fixing them one after the other.

“When I entered Saki today, I could not see dust cover the places and houses where it used to, because roads have been fixed. The contractor has assured us that he will complete the road in six weeks; but with the request the Kabiyesi made, which is extending the road by another 1.2km, we will also grant it.”

Earlier, the Commissioner for Information, Culture and Tourism, Dr. Wasiu Olatubosun, said the Town Hall meeting was held to gauge the feelings of Oyo State residents on the performance of the administration and see what other areas it would need to address.

The event was aired live on three radio stations, with opportunities to call into the Town Hall meeting by listeners at home.