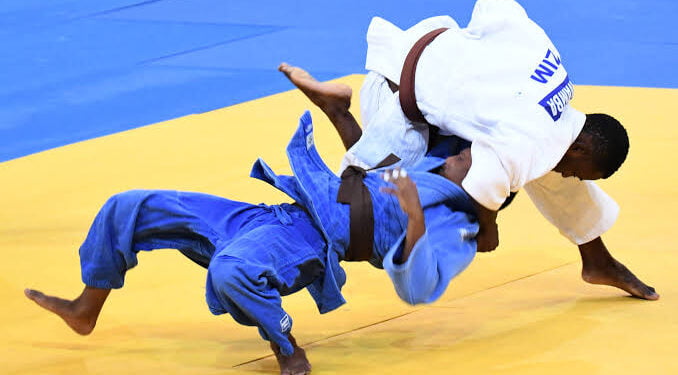 The Lagos State Judo Association is aiming to grow judo across the state with plans to take the sport to schools.

According to the Chairman of LSJA, Sheriff Hammed, this is part of efforts by the new board to popularise the sport in the state as the association hopes to attract more young people to take to the sport.

Hammed said: “This is actually a journey because the new board wants to ensure we take judo to schools across the five divisions of Lagos State and educate the students on the rudiment of the sport.

“For us, grassroots remains the bedrock of sports development and with the support we have been enjoying from Governor Babajide Sanwo-Olu through the Lagos State Sports Commission, our focus is to grow the sport as there are more talents that abound in Lagos.

“As the chairman of the new board, this is how we want to revive the sport in Lagos State.

“We will organise a lot of competitions for schools in the state and hope that we will identify talents from the tournaments.

“The benefits of judo goes beyond fighting and self-defence.

“We believe these values would go a long way to help our youths become true leaders of tomorrow.”

Silver medallist at the 20th National Sports Festival for Lagos, Lateefat Adeyanju, says steps taken so far by the new board has been a pointer to what to expect in near future.

Adeyanju said: “The staging of the seminar for women will surely help to create awareness for ladies to come and join Judo for self-defence and it is not only for ladies but boys as well. This is creating awareness for everybody to know about Judo.

“You hear about the increase in the number of rape cases in our society today, which has become a general issue that we don’t even understand the level it’s going again, so this is good for everyone to know how to protect themselves.”

For seven-year-old Fredrick Kila, embracing judo has improved his confidence level in school.

“Judo teaches us about defending ourselves so if anybody wants to attack us, we can use different moves to bring them down. You don’t need to be afraid, just use the moves against the person,” Kila said.