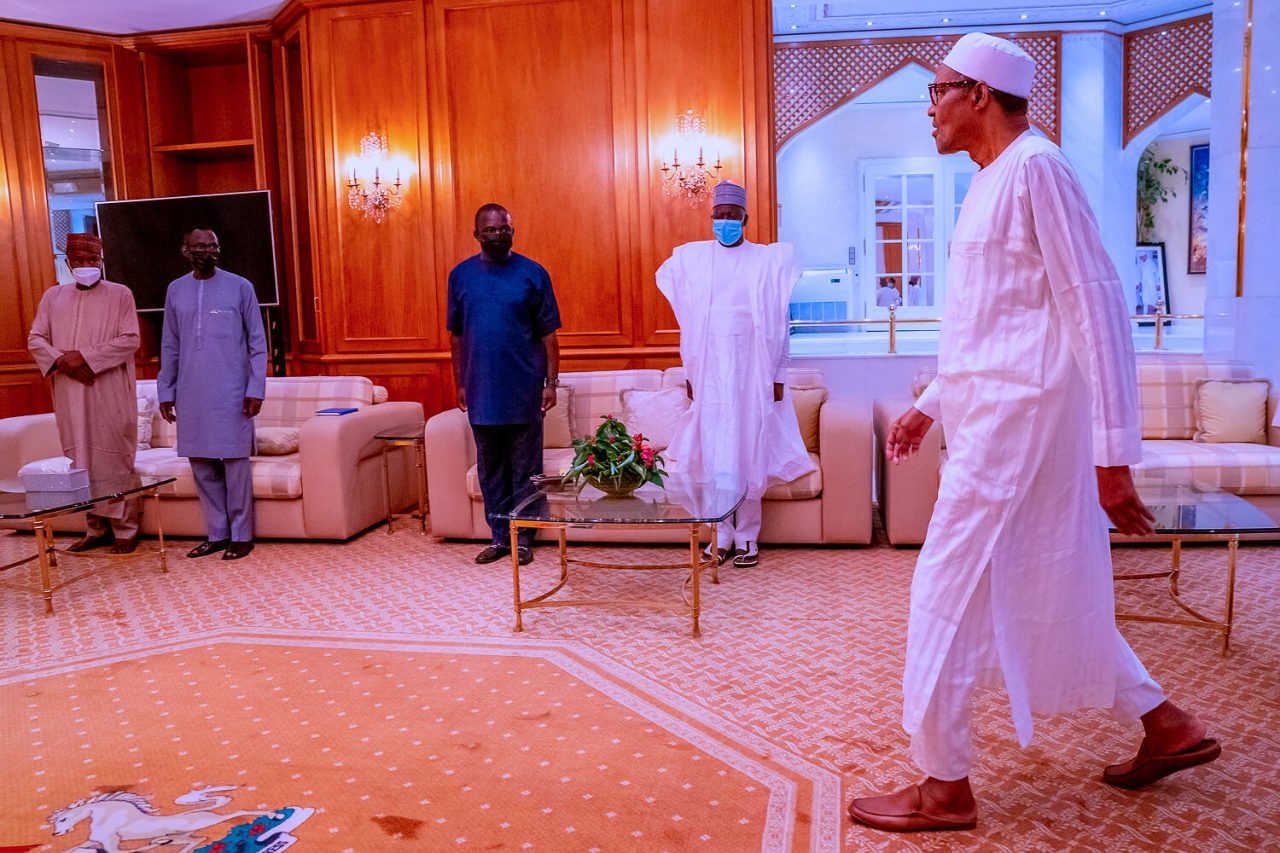 The Army Chief died in a plane crash on Friday in Kaduna along with 10 others.

Buhari on Friday received briefing from the Minister of Defence, retired Major General Bashir Magashi, on the plane crash that claimed the lives of the military officers at the Presidential Villa, Abuja.

The Minister was accompanied by the Chief of Defence Staff, Generak LEO Irabor; Chief of Air Staff, Air Marshall Isiaka Amao; and other senior officers.

Sunday Aghaeze, Personal Photographer to the President (Presidency), confirmed this in pictorial reports on Friday evening in Abuja.

NAN, however, gathered that the minister and the service chiefs also used the opportunity to condole with the President over the demise of Attahiru and other military officers, who were killed in the Nigerian Air Force plane crash in Kaduna.

The Nigerian Army had earlier on Friday announced the death of Attahiru and 10 others in an ill-fated NAF aircraft near Kaduna International Airport on Friday.

The Director, Army Public Relations, Brigadier General Mohammed Yerima, who did not disclose the names of the other victims, said the plane was en route Kaduna from Abuja when it crash.

Those on board the flight: