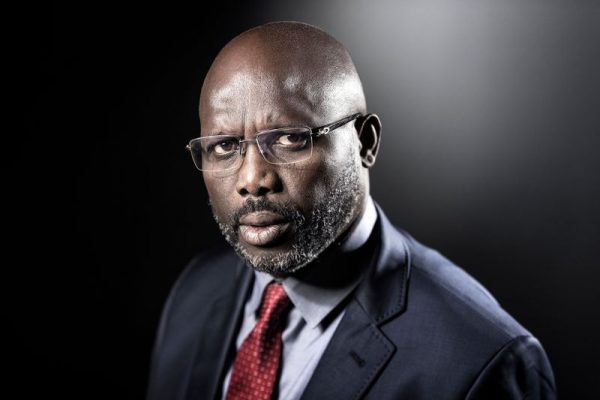 President George Opone Weah of Liberia and a former Nigerian Head of State, Gen. Yakubu Gowon (rtd), on Wednesday joined other speakers to x-ray the impact of democracy on the socioeconomic development of Africa.
Speaking in Lagos at the 16th Centre for Values in Leadership Annual Lecture and International Leadership Symposium, the duo joined other panelists who picked holes in the gains of democracy as it affects development, while proffering ways for improvement.
The symposium, which coincided with the 63rd birthday anniversary of one-tine presidential candidate, Prof Patrick Utomi, was under the theme: ‘Is Democracy Better in Africa’?
What threatened to take the shine off the gathering due to the absence of President Weah, who sent a representative, quickly gathered steam with the arrival of Gen. Gowon.
Weah, represented by Hon. Eugene Lenn Nagbe, Liberia’s Minister of Information, Cultural Affairs and Tourism, said in his keynote address that Africa had a lot to be thankful for, considering the challenges of nationhood.
Painting the picture of what his country underwent in the quest for democracy, Weah noted that Liberia was gradually steadily get back on its feet.
He said if the democracy was sustained, Liberia’s socioeconomic development would be rapid.
Weah, who is the country’s 19th head of government, emerged after the third attempt at the presidency.
He said: “The cabinet is mostly dominated by the youth and the vulnerable.
“Most importantly, we are beginning to see a telling paradigm shift in Liberia, as anti-people laws are giving way to freedom of speech and civil liberties.
“The institutions of governance have also become more effective. Declaration of assets by public officials is taken seriously. The judiciary and the legislature also perform their duties independently.”
Setting the agenda for the panel, the Catholic Bishop of Sokoto Diocese, Bishop Matthew Hassan Kukah, called attention to the need to balance the quest for strong institution and strong leadership.
Kukah said he strongly disagreed with the remark of a former President of United States, Barack Obama, who called for strong institution in Africa as against strong men.
He said: “Obama forgets that America was built on power; on the shoulders of strong leaders, who went on to build strong institutions.
“The United States is not the world’s best advertisement for argument against strong leaders.
“Going by the last verse of the American national anthem, the idea was suggested that the country agrees that strong men can use their strength to build and defend strong institutions.”
He stated that both choices are not mutually exclusive, adding that the real test of an institution is not in its effectiveness, but how it rises up in time of challenges.
The Bishop, however, said the benefit of democracy might not be tangible results.
Saying that Africa, including Nigeria, is making progress in its democracy, Kukah warned against taking the gains for granted.
He said democracy is not only about standing up for elections, but includes developing “infrastructure of the brain”.
He, however, insisted that there is no correlation between democracy and physical or infrastructural development.
Kukah said this is so going by global experience where a number of countries under monarchy or authoritarian system of government are doing better in development than those under democracy.
He said there are many good people in leadership of Nigeria, “but many bad things happen under their watch”.
A former Vice Chancellor of University of Lagos, Prof Ibidapo-Obe; Lagos-based Senior Advocate of Nigeria, Femi Falana; and a former Managing Director, Guardian Newspaper, Emeka Izeze, were panelists at the event.
Others included chairman of O-Analytics, Prof Eberle Onwudiwe; Lagos-based lawyer, Dr Muiz Banire; and the founder of Rise Network, Toyosi Akerele-Ogunsiji.
The discussion was anchored on the theme: ‘Reflection on Democracy, Private Enterprise, Development and National Competitiveness in Africa’.
For Banire, democracy is not synonymous with good governance, as less than 10 elections in Africa have been crisis-free.
However, Izeze believes democracy is making some progress in Africa.
He said: “In Nigeria, we have been having regular elections and, to an extent, rule of law.
“We seem to be having progress. But democracy is not just about voting, but how you conduct yourself when voted or not.”
However, Izeze said Nigerians expect too much from their leaders, adding that some people may not get what they expect.
He said Nigerians must begin to moderate their expectations, especially as the nation goes into presidential and national assembly elections on February 16.
Falana, Obe, Onwudiwe and Ogunsiji spoke in similar vein.
In particular, Falana noted that there is a dangerous gulf between the Nigerian elite and the followers.
He recalled circumstances that led to the resignation of Dr Tai Solarin as the chairman Public Complaint Commission, over forgetting his driver’s license at home.
Falana said: “If our Chief Justice of Nigeria was a Japanese, he would have committed suicide.”
He said that the Nigerian system was currently opposed to good people, saying “to have good leaders, you must have good followers”.
Falana also called for restraint in the call for restructuring, asking “what have the State Governments done with powers ceded to them?
He said: “If we get it right in Nigeria, Africa will get it right; it will circulate.”
Earlier in his opening speech, Utomi described Africa’s democracy experience as a harvest of paradoxes.
He said it was logical to expect that government of the people by the people will produce policies and implement them with such passion that the best outcomes for the people will result.
Utomi, however, said the result from Africa’s turning to democratic ways had not been flattering.