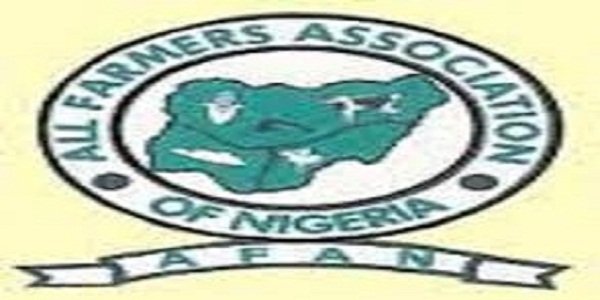 A Federal High Court, Abuja, on Thursday, restrained  Kabiru Ibrahim from parading himself as president of the All Farmers’ Association of Nigeria (AFAN).

Justice Taiwo Taiwo, in a judgment, also declared the election held on April 10, 2021 by AFAN General Assembly in Kano which produced Farouk Mudi and members of its National Working Committee (NWC) and National Executive Council (NEC) as valid.

Justice Taiwo, therefore, ordered Ibrahim, whose tenure, he held, had expired since June 14, 2019, to hand over the assets and property of the association in his possession and custody.

The News Agency of Nigeria reports that Ibrahim and Mudi had locked horns in a legal battle over the leadership position of the farmers’ association.

Delivering judgment in the first suit between Incorporated Trustees of All Farmers Association, Ibrahim and Rev. Tobias Iwu Vs. Admiral Murtala Nyako and Farouk Mudi, the judge said that the defendants contended that Ibrahim’s tenure as AFAN president had expired after his five-year single term as stipulated by their constitution.

Taiwo aligned with the arguments of the defendants that Ibrahim, who became president on June 14, 2014, ought to have vacated office on June 14, 2019.

This, the judge held, is in accordance with the provision of Article 13 (1) of AFAN Constitution since there was no provision for tenure elongation in the body.

He said that it was a fact that AFAN executive committee held an election which produced Mudi as the president.

“I am at a loss when reading the processes before me, especially the application by counsel for the plaintiffs,” he said.

According to the judge, cases are not won by arguments by counsel but evidence before the court and addresses of counsel in court are meant to assist the court.

Taiwo, who held that the 1st plaintiff (Incorporated Trustees of AFAN) cannot be made a party in the first suit, said that only the NEC of AFAN had the authority to approve an action to be instituted in the name of the association, going by Article 11 of the association’s constitution.

“There is nothing before the court to show that the NEC of the plaintiffs authorised the filing of the suit by the plaintiffs,” he said.

The judge, therefore, held that the  2nd and 3rd plaintiffs (Ibrahim and Iwu) cannot join the suit without the approval of the NEC, citing other cases to back his judgment.

“The law says he who asserts must prove. I am of the well considered view that the 2nd and 3rd plaintiffs cannot be plaintiffs in this suit without authorisation. if they want to be plaintiffs, the 1st plaintiff must authorise,” he said.

Justice Taiwo then dismissed  the suit.

Delivering judgment on the second suit between AFAN Vs. Ibrahim and his led dissolved NWC and NEC of AFAN (1st defendant) and Inspector-General of Police (2nd defendant) filed by Mudi, the judge also agreed with the plaintiff that Ibrahim (1st defendant)’s tenure had expired.

He said the substantive matter was whether Ibrahim was still the president.

“I have read the constitution of the association which says the tenure of its elected officers shall be for five years tenure.

He said Ibrahim and his led EXCO’s tenure ought to have expired on June 14, 2019

“At that point, the 1st defendant and his EXCO seize to be in office,” he said.

The judge, who struck out the name of the IGP from the suit, said that a cause of action had not been established against the 2nd defendant to join him as a necessary party.

Justice Taiwo, who granted all the reliefs of the plaintiff, said that there should be no need for consequential order.

Modibbo Bakari, counsel to the plaintiff (Mudi), thanked the court, saying that: “My lord, we are not asking for any cost because they are member of the same association.”

NAN reports that Mudi, through AFAN, had sued Mr Ibrahim and his dissolved NWC over alleged refusal to hand over association’s assets and property.

In the originating summon filed by Bakari, Mudi asked the court to stop Kabiru Ibrahim-led NWC from parading themselves as executive members of the association.

He had wanted the court to determine whether by virtue of the established law of AFAN, Ibrahim whose tenure expired in June 14, 2019, still vested with powers to manage and run the affairs of the association.

He sought a declaration of this honourable court that by the combined effect of Article 13.1 of the Constitution of the AFAN and Section 593 of the Companies and Allied Matters Act 1 Cap. C20 Laws of the Federation of Nigeria 2004, the 1st defendants who were inaugurated in June 2014 had served their single term of five years which tenure expired in June 2019.

He also sought a declaration that by virtue of the provision of the aforesaid Article 13.1 of the plaintiff’s constitution, the 1st defendants are divested of any powers, rights, prerogative and/or privileges to perform or carry out the work, duties and/or functions of the National Executive Council and/or National Working Committee or any other committee or committees whatsoever whether collectively or severally.

“An order directing the 1st defendants to hand over the assets and property of the plaintiff in their possession and custody.

“A perpetual injunction restraining the 1st defendants from parading themselves or holding out as members of Exco and executive,” among others.