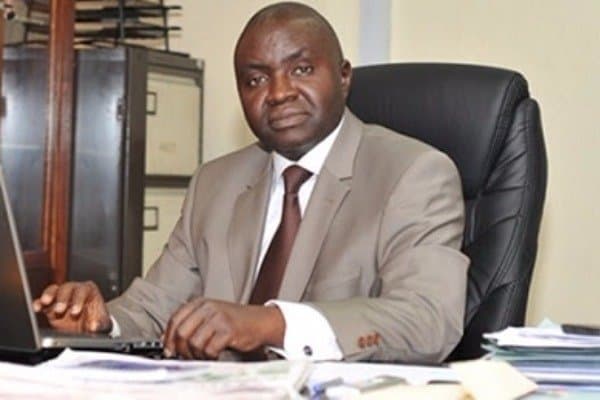 The Lagos Chamber of Commerce and Industry says the upward review of the Cash Reserve Requirement from 22.5 per cent to 27.5 per cent will lead to a reversal of the current downward trend in interest rate.
Its Director- General, Muda Yusuf, said this in a statement issued to newsmen on Monday in Lagos.
Yusuf was reacting to the outcome of the Central Bank of Nigeria Monetary Policy Committee meeting, which ended on January 24, 2020.
He noted that the current downward trend in interest rate was beginning to impact positively on the economy, especially the real sector.
Yusuf said the adverse effect of the CRR increase on deposit mobilisation could impact negatively on the financial intermediation role of Deposit Money Banks.
He said: “The Chamber welcomes and aligns itself with the concerns expressed by the MPC on the rising debt profile and the associated sustainability concerns.
“Additionally, the need to rationalize fiscal expenditure and reduce cost of governance and the need for government to address structural and security issues to strengthen domestic productivity are noted.
“The use of Debt-to-GDP ratio as a measure of debt sustainability, vulnerability of the economy to external shocks and the imperatives of building buffers, risk of excess liquidity from maturing OMO bills are also of concern.
“However, a high interest trajectory [which the tightening policy portends] will impact negatively on investment growth especially in the real economy.
“The prospects for increased job creation may be further dimmed.
“Also, the recent rebound in the stock market would suffer a reversal as interest rate increases and money market instruments become more attractive to investors.
“We believe that what the economy needs at this time are policy actions aimed at stimulating investment to boost output, create jobs and ultimately moderate inflation.
“Monetary policy tightening will negate the realization of these objectives.”
The Director-General said it was pertinent to prioritise domestic investment growth and foreign direct investment over foreign portfolio investment.
Yusuf said: “Persistent focus on portfolio flows would continue to propel the Central Bank of Nigeria to keep interest rates high.
“This is inimical to investment growth and job creation endeavours.
“On the argument that the recent hike in CRR will help moderate inflation, we contend that food inflation is the bigger issue that needs to be dealt with in the inflation equation.
“Over the past few years, food inflation has stubbornly remained in double-digit territory since June 2015 while core inflation trends in single digit.
“We believe that food inflation is not driven by liquidity nor is it a monetary phenomenon.
“The continuous uptrend in inflation is driven largely by cost-push factors rather than demand-pull factors.
“Against this backdrop, the way forward lies in fixing the structural problems fuelling inflationary pressure as monetary policy instruments will have almost no impact in moderating inflation.”
Yusuf noted that it would become increasingly difficult to unlock investment and jobs in real estate, manufacturing, agriculture, mining, infrastructural deficit if the economy is taken back to the path of high interest rate regime.
This scenario, he explained, would equally result in high inflows of portfolio funds which are volatile and undependable.
He said: “Even in some advanced economies, conscious efforts are being made to keep interest rate low and, in some cases, negative.
“Currently, policy rate in United States range between 1.5 per cent and 1.75 per cent; 0.75 per cent in United Kingdom and -0.1 per cent in Japan.
“December 2019 inflation number printed at 2.3 per cent, 1.3 per cent and 0.8 per  cent in these countries respectively.”
Additionally, the DG recommended that the implementation of the CRR should be within a framework that allows for automatic adjustment that reflects the dynamics of bank deposits.
Failure to have this, Yusuf said, could result in a situation where the CRR of some banks will shoot up to as high as 40 per cent, or more, which poses a risk to the stability of the financial system.
“As deposits level changes (rises/falls), cash reserves in the custody of the Central Bank should be automatically adjusted,” he said.