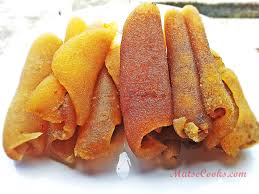 Share
Facebook Twitter LinkedIn Pinterest Email
The Lagos Government over the weekend closed down the Cow Skin (Ponmo) processing section of the Oko-Oba Abattoir and Lairage Complex, Agege and dislodged processors of the cow skin and hide in the complex.
The Commissioner for Agriculture, Toyin Suarau, who led a team of the Ministry of Agriculture officials and operatives of the Lagos State Task Force on the closure and dislodgement exercise, said the closure of the ‘Ponmo’ processing section and dislodgement of the processors became necessary because of the health hazard posed by activities of the processors who in their large numbers burn cow skin in a heap of burning tyres.
Suarau noted that the bonfire emits a thick toxin smoke, which spreads within the complex and adjoining neighbourhood, adding that the smoke and the unhygienic way of processing the cow skin is harmful to human health.
He said: “I wish to make it clear that that the use of tyres for cow skin processing has been reported to the State Government sometimes ago and has been dealt with but the return to this unhygienic method of processing in the complex leaves much to be desired and this is why this section of the complex had to be closed.”
Suarau stressed that the activities of the ‘Ponmo’ processors constitute a health risk not only to inhabitant of the complex but to residents of adjoining communities and to the processors themselves adding that the health effect of burning tyres alone are enormous let alone it use to process human food.
According to the Commissioner: “Burning tyres releases a toxic soup of pollutants with hundreds of the different toxic pollutants and tremendous number of small particles settling deep in the lungs while airborne emissions from open tire fires have long been suspected of representing a serious impact to health and the environment.”
Suarau vowed that the State Government will not condone any act of illegality and harmful health practices in any of the abattoirs in the State and as such as deployed sizeable number of veterinary officers, animal workers there to ensure that the minimum set standard for animal slaughtering and processing are adhered to.
“Government will continue monitor abattoirs and slaughter slabs in the State and will not hesitate to close down abattoirs and slaughter slabs that are unhygenic and not compliant with the relevant laws governing meat slaughtering in the state,” Suarau said.
He said the issue of animal slaughtering and processing calls for serious attention because a lot of animals must be inspected before and after slaughtering according to the meat inspection law.
Reiterating the commitment of the State Government to restructure the Oko-oba abattoir, improve operations at the complex and develop the red meat value chain, Suarau posited that government was poised to re-back the mechanized slaughtering of animals in the complex and other abattoirs.
He noted that plans are under way to fence the whole abattoir; remove slums, shanties and market in and around the complex; remove heap of solid waste; ensure subsequent waste management by the Lagos State Waste Management Authority and protection of the complex environment by officials of the Lagos State Environmental Protection Agency.
The Commissioner added also that the State Government will continue to train butchers, dislodge illegal abattoirs, seize stray animals and monitor how meat are transported to and from the complex and other abattoirs and slaughter slabs in the State.
He added: “Currently, the State government and stakeholders in the abattoir are putting heads together to fully harness the Eko Large Ruminant Animal Project to enhance the integration of cognate sub project such as feed milling operation to ensure timely availability of quality compound animal feeds in the desired quantity, animal slaughtering and processing, and distribution and marketing of processed beef.”
Re-affirming the commitment of the State Government to bring development into the red meat value chain, the Commissioner said there is a growing recognition that the planned reforms is desirable to meet the State’s mega city status where the best practices of meat handling, environmental and facility hygiene is adopted to meet the international acceptable standard.
“This will not only ensure that will move from the traditional way of animal slaughtering to a mechanized system but  will ensure full utilization of the abattoir in an efficient, effective and healthy way. This reform is focusing on food security, facility and environmental hygiene and processing protection,” he noted.
Oko Oba Abattori and Lairage Complex Ponmo Toyin Suarau
Share. Facebook Twitter Pinterest LinkedIn Tumblr Email