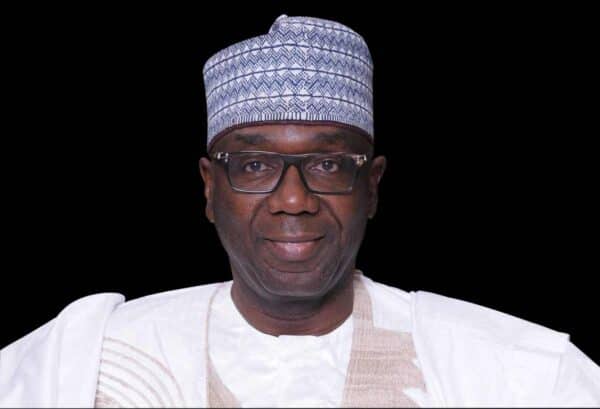 Kwara State Governor AbdulRahman AbdulRazaq on Saturday commiserated with the people of Share town and the entire state over the passing of the Olupako of Share, Oba Garba Abubakar Dosunmu II, a First Class monarch.
The Olupako joined his ancestors on Saturday.
“I commiserate with the people of Share and the entire state, including the Kwara State Traditional Council, over the death of His Royal Highness. I pray to the Almighty God to repose his soul and give fortitude to the large family he left behind. I especially commiserate with His Excellency former Governor Abdulfatah Ahmed and other prominent sons and daughters of Share on this development,” AbdulRazaq said in a statement by his Chief Press Secretary Rafiu Ajakaye.
Describing him as a progressive leader, AbdulRazaq said the monarch’s long reign was characterised by monumental growth and investments in the town, which is the headquarters of Ifelodun Local Government Area of Kwara State.
“The monarch would also be remembered for enhancing the status of the Olupako Stool as it was during his reign that it was upgraded to First Class. This is a testimony to his leadership qualities and good relationship with not just his subjects but other parts of the state and government institutions,” the statement added.
Born in 1938, Oba Dosunmu ascended the throne on March 10, 1967, making him one of the longest serving monarchs in the state.