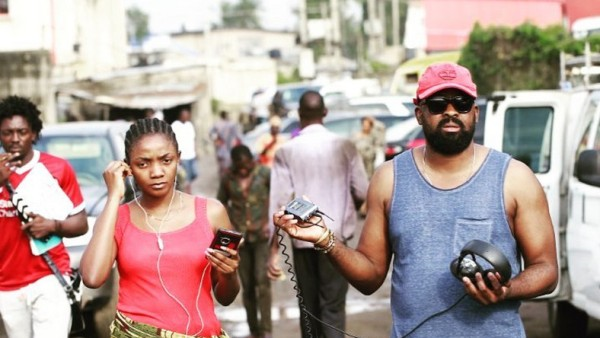 Award-winning actor, film producer and director, Kunle Afolayan, has released the trailer of the acclaimed movie, ‘Mokalik’, featuring singer, Simisola Ogunleye, a.k.a Simi, in her debut acting role.
After a series of teasers, Afolayan, best known for his renowned work `Figurine’, released official trailer of the anticipated thriller, featuring and Big Brother Naija ex-housemate, Tobi Bakre among other actors.
Other stars in the all-Yoruba cast movie, include Femi Adebayo, Ayo Adesanya, Faithia Williams and Lateef Oladimeji.
Comic actors, including Wale Akorede (Okunu), Ayo Ogunshina (Papa Lolo) and Dayo Akinpelu (Alabi Yellow), also starred in the movie.
‘Mokalik’, written by Tunde Babalola and directed by Kunle Afolayan , is set in an automobile repair workshop (mechanic village).
The plot follows the story of an 11-year-old boy, Jaiye, from the middle-class suburbs, who decides to find his path in life as an apprentice at a mechanic workshop.
When his father arrives to take him home, Jaiye has to make up his mind if he wants to return to school or take on his apprenticeship full time.
“Visiting the mechanic workshop after about 15 years opened my eyes to a lot of things that I believe the world should know about our local auto car repairs industry,” Afolayan had said of the movie.
Meanwhile, the cinema premiere of the movie is yet to be announced.