Kogi: INEC to include SDP on ballot 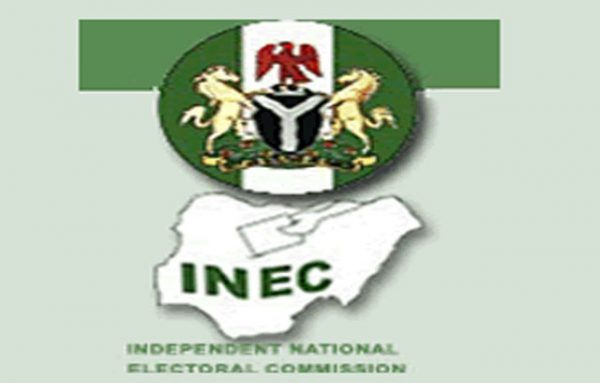 The Independent National Electoral Commission on Friday said it would complied with the court judgment ordering it to include the Social Democratic Party and its candidate, Natasha Akpoti, in the ballot for Kogi governorship election.
INEC National Commissioner and Chairman, Information and Voter Education Committee, Festus Okoye, disclosed this in an interview with News Agency of Nigeria in Abuja.
Justice Folashade Ogunbiyi-Giwa of the Federal High Court Abuja, in her judgment on a suit no FHC/ABJ/CS/1129/2019 has ordered INEC to include the party and its candidate in the Nov. 16, governorship election in state.
Okoye also confirmed to NAN that the order would not affect the scheduled date for the conduct of the election.
“The Court did not compel the commission to postpone the election. The Court ordered the Commission to put the Party on the ballot and we will comply,” Okoye said.
He, however, said that the commission had a duty and responsibility to appeal against the judgment given its far reaching constitutional and legal implications.
“The Commission has consistently maintained that it will obey all Orders and Judgments from Courts of competent jurisdiction whether it agrees or disagrees with such judgments.
“However, the commission has a duty and responsibility to appeal against this judgment given its far reaching constitutional and legal implications on the constitutional and regulatory powers of the commission.
“The reasoning, context and tenor of the judgement will have far reaching negative consequences on the electoral process and will further deepen impunity in the political and electoral processes,’’ he said.
Okoye said that INEC insisted that the constitution and the law vests the commission with the power to make a determination on the validity of documents submitted by political parties relating to candidates they  propose to sponsor for elective positions.
He said: “Such candidates also depose to an affidavit affirming that they have satisfied all constitutional stipulations relating to qualification for the Office of Governor.
“Section 31(1) of the Electoral Act, 2010 (as amended) obligates Political Parties to submit the names of “proposed candidates” to the Commission while the proviso to section  31(1) precludes the Commission from rejecting the names of duly nominated candidates and not the names of proposed candidates.”
He said that INEC did not disqualify any duly nominated candidate; it only duly notified some of the political parties of the invalidity of their proposed candidates.
“Our understanding of the constitution and the law is that duly nominated candidates are those that satisfy the constitutional threshold in section 177 of the Constitution of the Federal Republic of Nigeria, 1999 (as amended).
“The proposed nominees must be Nigerians by birth, must attain the age of 35, must be members of a political party and sponsored by the party and must have been educated up to school certificate level or its equivalent.
“If a Political Party nominates a Chinese as its governorship candidate, the commission cannot hide its head in the mud but must declare such nomination as invalid.
“If a political party nominates an infant as its governorship candidate, the commission has a constitutional responsibility to declare such a nomination as invalid.
“It is incongruous and flies in the face of constitutional and legal stipulations to insist that the commission must first approach the courts to enforce its regulatory powers,’’ he said.
The commissioner said that INEC and the country would face monumental constitutional crises if the commission must approach the Courts before exercising its regulatory powers in the immovable constitutional timelines and schedules for the conduct of elections.
“The framers of the Nigerian Constitution and the law are aware that the commission may be faced with the challenge of invalid nominations.
“That is why section 38 of the Electoral Act provides that where at the close of nomination there is no candidate validly nominated, the commission shall extend the time for nomination and fix a new date for the elections.
“It is in the same vein that the Electoral Act provides that an account shall not be taken of the signature of a person on a nomination paper where the candidate had died, withdrawn or the nomination paper was held invalid,’’ he explained.
He emphasised that the Commission insisted that it did not disqualify any candidate from contesting the Bayelsa and Kogi governorship elections.
Okoye said that the commission only insisted on the invalidity of some of the nominations based on the qualifying threshold in Section 177 of the 1999 Constitution.