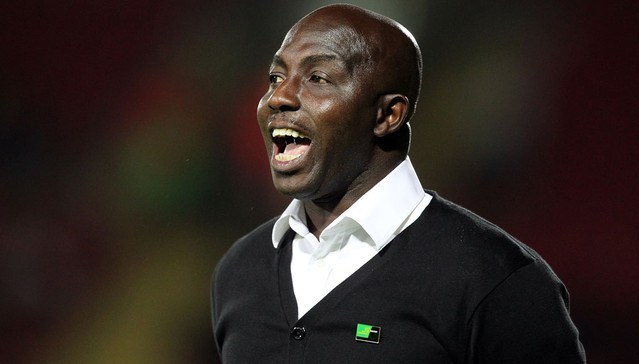 The kidnap of madam Ogere Siasia, mother of former Super Eagles’ manager, Samson Siasia, has taken a new twist following the abduction of the negotiator.
The embattled coach, made this revelation during a brief telephone chat on Monday.
According to Siasia, the kidnappers insisted on the sum of N40 million as ransom for his mother and other members of the family who are still in captivity.
The gaffer revealed that a certain negotiator employed has also been abducted with the sum of N1.5 million he offered the men of the underworld.
Siasia said: “I really don’t understand what they want again.
“I have done everything possible to pacify them and ensure my mum returns home but all efforts have hit brick wall.
“The situation is really unfortunate.
“I’m hapless and I don’t know where to go from here.
“They should show mercy and let Mama and others return home.”
Madam Siasia, 76, was abducted middle of July in Odoni, Sagbama Local Government Area of Bayelsa State.
She was whisked away with two others.
She was earlier kidnapped in 2015 and the family parted with millions in ransom to free her.