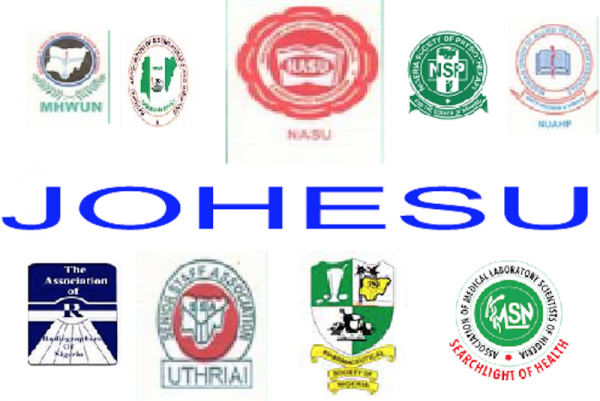 Morounkeji Adeleye, the Chairman, Joint Health Sector Union, Ladoke Akintola University Teaching Hospital, Osun, on Thursday decried the discrimination and injustice which its members were been subjected to in the state.
Adeleye, who spoke in an interview with the News Agency of Nigeria in Osogbo, called on the Federal Government and the Federal Ministry of Health to address the ugly situation generating concerns.
Adeleye called on key stakeholders to urgently address the lingering issues in the sector.
According to him, the union is tired of the discrimination going on in the health sector and the injustice which had subjected their members to untold hardship.
He noted that the no-work no-pay policy used against its members by the hospital management was never used against the members of the Nigerian Medical Association and Academic Staff Union of Universities.
He called for the payment of their salary arrears of April and May, 2018, and January to date.
Adeleye said: “Recently the medical practitioners were paid their salary arrears and the JOHESU members were left behind for unknown reasons.”
The JOHESU chairman further said the union had been discussing some internal issues with the management of LAUTECH, including the ganishie” money, which had not been released.
He said promotion from CONHESS 14 to CONHESS 15 had also not been conducted for JOHESU members which indicated that they could not get to the pick of their career as directors.
Adeleye, therefore, appealed to the federal government to stop the injustice, bring harmony and peace into the health sector with all arrears and salaries paid.