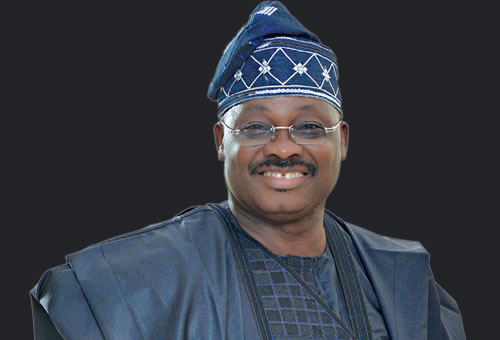 Share
Facebook Twitter LinkedIn Pinterest Email
The Oyo State Government on Sunday disclosed that it has been given a four-star rating as a Well Qualified State to help foreign and domestic investors by the Nigerian Investment Promotion Commission.
The State Commissioner for Information, Culture and Tourism, Toye Arulogun, said this rating was conveyed in a correspondence marked: NIPC/ES/YTS/DSCO/2018/04/Vol.1/10, addressed to the Governor of the State, Abiola Ajimobi, by the NIPC Executive Secretary, Yewande Sadiku.
Arulogun stated that the NIPC has assured that the Nigerian Investment Certification Programmes for States certificate will be presented to the state government soon, noting that the certification is valid for two years.
The government spokesman explained that the certification process was scored by the NICPS Team consisting of staff of NIPC, international and domestic consultants, stressing that the result was also verified by independent external panelists.
Arulogun added that Ajimobi’s relentless efforts to bring investments to the state was also rewarded as the state was adjudged as the fourth best investment friendly and one of the only five states that attracted investment to the country in 2017 by the National Bureau of Statistics.
According to the NIPC correspondence: “The commission appreciates the Governor for providing the leadership, strong will and support to the various Ministries, Departments and Agencies (MDAs) of the state that worked diligently to ensure that Oyo State was among the first states in Nigeria to be certified as ‘Investment Friendly’ under the Nigerian Investment Certification Programmes for States ( NICPS).
“As mentioned the trainings, the certification was designed to support states to promote, attract, manage investors and investments as well as to produce a conducive investment climate for attracting and retaining investors in the state.
“We believe this rating will encourage Oyo State to continuously improve its capacity to document, promote and facilitate new private investments that will support economic diversification, improved internal generated revenue and creation of large numbers of jobs.”
Arulogun assured that the Ajimobi administration will not relent in its security initiative, infrastructural development, urban renewal, ease of ding business as well as update of the beneficial  data which have paved way for investments inflow in the state, adding that NIPC on its part has assured to signpost investors to the State.
Arulogun assured that the state Bureau of Investment Promotion will continue its critical function of diversifying and expanding the state’s economy by attracting and encouraging potential and existing investors as part of the repositioning agenda of the Ajimobi government.
Abiola Ajimobi Nigerian Investment Promotion Commission Oyo State Toye Arulogun
Share. Facebook Twitter Pinterest LinkedIn Tumblr Email