Investigation: How banditry is affecting livelihood in Kagara, Niger 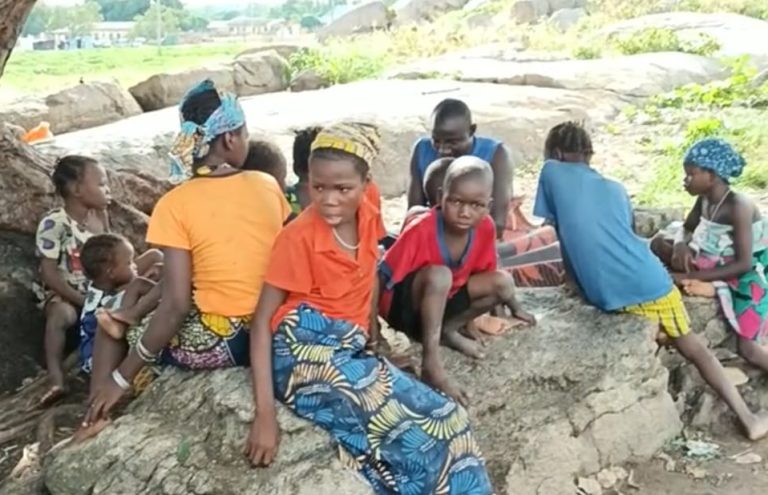 There is no exact data regarding the number of people either killed, kidnapped, raped or the number of animals rustled as bandit attacks continued to happen regularly in Kagara and its surrounding villages in the Rafi local government area of Niger State, a PRNigeria investigation has revealed.

An official of the local government recently confirmed this grim reality to our correspondent, who carried out an investigative expedition to Kagara, to ascertain the extent of banditry in the Niger State town.

Checks by PRNigeria show that banditry has for some time now been a thorn in the flesh of many communities in Kagara, thereby depriving them of a good healthcare system and sources of livelihood.

According to the Rafi government official, the bandits who wreak havoc on Kagara and its environs are camped around Shiroro and Birnin Gwari forest reserves.

“More than 10,000 people have now become IDPs in Rafi as a result of banditry and kidnapping,” he said.

A cross-section of Kagara residents, in an interview with PRNigeria reporter, also decried how persistent security challenges have been threatening their main sources of livelihood, including agriculture, marketing and more importantly the education and healthcare system.

Idris Bawa, is a farmer who is presently residing in Kagara after being dislodged from his ancestral community in Katunga village by terrorists. While discussing with PRNigeria reporter, he narrated his ordeal of how it is becoming a difficult venture for them to farm due to incessant bandits’ attacks in spite of tax payment.

“When it is time to harvest, they will ask you to pay money for that and you will also pay an additional bill for transporting the produce home.

“If you refuse to pay, they won’t allow you to harvest the crops, or they will set it ablaze whether it is maize, rice or any other. That is what they do,” Bawa said.

On the other hand, findings by PRNigeria also revealed that out of the 127 public primary schools in Rafi LGA, not less than 78 were shut down as a result of persistent bandits’ attacks.

This was confirmed during an interview with an official from the Planning Research and Statistics (PRS) Section of Rafi Local Government Education Authority.

According to him, only schools sited along the roadsides are operational in most cases, while those located within villages were closed down, a situation that tremendously continued to affect the teaching and learning process within the communities.

Also, seven out of the 15 secondary schools in Kagara are not operating, courtesy of lingering security challenges bedevilling the community.

Schools located in remote areas are the ones mostly at the receiving ends of this calamity.

This has evidently caused overcrowding in the only two operating secondary schools presently operating in Kagara town.

Baba Jibo, a resident in Kagara also revealed to PRNigeria how insecurity has affected the number of agricultural commodities being traded at the Kagara market.

Prior to this awful situation, marketers from neighbouring Niger used to visit Kagara market and buy trailers of grains including maize, he stated.

“Every Tuesday, about 30-40 trailers of maize will be transported from Kagara, but with this insecurity, people were not even allowed to farm, not to talk of even conveying the products to the market,” Jibo added.

While responding to PRNigeria on the security situation in Kagara, Mohammed Mohammed, the Chief of Staff to the Rafi LGA Chairman, decried how the continuous ugly trends of security challenges have almost affected every community in the 11 wards of the entire Rafi LGA.

When asked how to end these killings, Mohammed emphasized that the federal government holds the key to restoring normalcy in the troubled zones as it commands all the security architectures including the Military, Police, Nigerian Security and Civil Defence Corps and the likes.