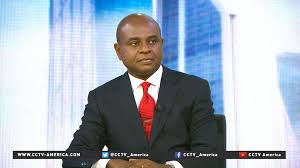 A former Deputy-Governor of the Central Bank of Nigeria, Kingsley Moghalu, on Monday called for a comprehensive reform of the Nigeria police to address various security threats in the country.
Moghalu made the call in Lagos while speaking at the launch of his Book, “Build, Innovate, Grow-My Vision for Our Country”.
The News Agency of Nigeria reports that the book offers solutions to some of the development challenges in the country.
The former bank chief said the country’s police force was at present weak, hence its inability to respond adequately to the security challenges in the country.
He said: “We need to strengthen the police through recruitment of more personnel. We need to modernise the police force and equip it with the wherewithal to ensure security.
“The protection of lives and property is a fundamental responsibility of the government and this can only be done with a strong police force.”
Moghalu said the military was being over burdened with enforcing law and order across the country because of the inadequacy detected in the police force.
He explained that the police strength of 300,000 was not enough to effectively secure the nooks and crannies of the country.
Moghalu said the country would need to increase the number of police to between 1 million and 1.5 million, to provide adequate coverage for the country.
He said: “In a country of over 180,000 million people, 300,000 policemen cannot effectively police the country.
“We need between 1 million to 1.5 million to address issues like terrorism, kidnappings and so on.”
In the area of governance, Moghalu said the masses needed to be more involved in the process to entrench good governance.
The former CBN Deputy-Governor advised Nigerians to stop complaining about their leaders without acting to change the situation.
He, however, called on the technocrats to aim at elective political positions in order to impact the society with their expertise and ideas.
According to him, technocrats would not achieve much to change the order of things, if they were being confined to being appointed to offices by politicians.
Moghalu said he believed he had the visions and ideas to move the country forward, hence his consulting widely to run for presidency.
Also speaking, the Emir of Kano, Alhaji Lamido Sanusi, said there was greater need for involvement of women and youths in the process of developing the country.
Represented by Alhaji Shehu Mohammed, Sanusi said the strength of any nation had relationship with its youths.
He described gender discrimination as antithetical to development, saying it was time to empower women and youths to enable them achieve their potential.
He said: “Our country needs the role of women and youths.
“It is therefore time to end gender discrimination.Women and youths should be at the mainstream of the political process.”
Sanusi said there was the need to discard conservative cultural practices and beliefs limiting education to the girl-child and access to healthcare.
He said doing that would promote literacy level in the country and by extension, development.
Sanusi described Moghalu as a thoroughbred professional, saying his days in CBN helped to deepen the banking reforms.
He said that Moghalu’s book reflected his passion for the country and his capacity to offer solutions to developmental challenges facing the nation.
In his remark, former Secretary-General of the Commonwealth, Chief Emeka Anyaokwu, decried the poor perception of Nigeria abroad.
He called for the strengthening of the country’s foreign policy to check the problem.
Anyaokwu said there was need to restructure the governance architecture in order to improve governance and win the respect as well the confidence of the outside world.
He said: “The key to stabilising the country and improving its perception lies in the restructuring of governance architecture.”
He commended Moghalu for his new book, saying the visions espoused therein would do the country lots of good, if considered.
The book reviewer, Segun Adeniyi, stressed the need for the reform of the civil service, to strengthen the foundation of good governance.
The former aide to late President Umar Yaradua described Moghalu’s book as “rich in solutions” to some of the country’s challenges.