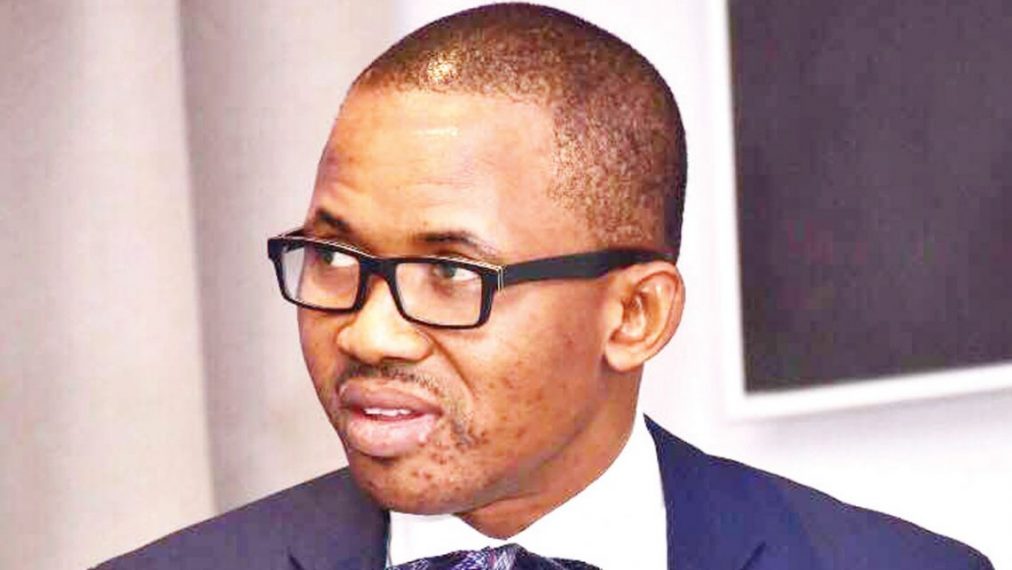 Prominent civil rights lawyer and activist, Dr. Kayode Ajulo, has berated the Delta State Government and some of its allies who have been consistently clamouring for the release of the repatriated funds pilfered by the erstwhile Governor of the state, Chief James Onanefe Ibori, to the state.

Ajulo said going by the history of the case and role played by the Delta State Government during the trial of the former governor, it is hypocritical for the state to continue to clamour that the funds be returned to it.

Ajulo said as a counsel and front row participant privy to the sequence of Ibori’s case, he is compelled to set the records straight and enlighten the general public.

The signing of the Memorandum of Understanding between the British Government and the Nigerian Government on the repatriation of the fund, totaling £4.2 million, allegedly laundered by Ibori, subsequently led to his conviction on a 10-count charge bordering on fraud and money-laundering by the United Kingdom in February 2012.

The Federal Government subsequently decided to utilise the fund for the completion of the Second Niger Bridge, Abuja-Kano Expressway and Lagos-Ibadan Expressway.

Concerned citizens, particularly some indigenes of Delta State, have been clamouring for the return of the looted funds to the coffers of the Delta State Government, but the Attorney-General of the Federation and Minister of Justice, Abubakar Malami (SAN), had argued that the offences with which James Ibori was charged were federal offences and so the Federal Government is the victim of the crime.

Ajulo recalled that the Patriotic Delta State Elders, Leaders and Stakeholders Forum under the leadership of elder statesman, Chief Edwin Clark, had at a time during Ibori’s administration petitioned the Economic and Financial Crimes Commission on several illegal activities of the former governor and his cohorts, among which was his alleged use of Appropriation Bill to siphon state funds of about $1 billion (N159 billion then) and other underhand dealings of some shares by the former governor, but that the then EFCC Chairman, Mallam Nuhu Ribadu, had intentionally refused to investigate Ibori, claiming his “hands were tied”.

Adult added: “Being resolute on the conviction to ensure that justice was meted out against James Ibori who had illicitly enriched himself with the commonwealth of the people of Delta State, we proceeded to the Federal High Court for an Order of Mandamus to compel the EFCC to prosecute James Ibori and others.

“It is interesting to recall that the case went through several courts in Abuja, Kaduna and Asaba before it was finally resolved in the United Kingdom. I was present throughout the proceeding till he was convicted and the proceeds of crime were recovered from him.”

The Abuja-based lawyer noted that the disposition of the Delta State Government and some of its people during that trial does not support the energy with which it (Delta) is now claiming ownership of the funds at the moment.

Ajulo said: “As at the time of the trial of James Ibori, the Delta State government, with an unslackened enthusiasm, had outrightly denied the looting of its purse by the ex-governor and even questioned the ‘cooked up’ charges against him. In fact, they had believed that lbori was a victim of political machination.”

He recalled that the Federal High Court sitting in Abuja, headed by Justice Gabriel Kolawole, in 2016, had ordered that the Delta State Government should not benefit from a sister recovered fund consequent upon its failure to cooperate with the EFCC during Ibori’s trial, thereby permanently forfeiting the Ibori loot to the Federal Government.

Ajulo said there is also no moral justification for the Chairman of the Presidential Advisory Committee on Anti-Corruption, Prof. Itse Sagay, who has been advocating that the repatriated funds be released to the Delta State Government to still keep his present appointment.

He said Sagay needs to first resign his present appointment before expressing such political sentiments.

He said: “Professor Sagay cannot be approbating and reprobating at the same time. He cannot be against corruption and still be defending this. The same Prof. Sagay who has been clamouring for the release of the looted funds to Delta State government had strongly condemned the sentencing of James Ibori in the past as being inhumane, savage and malicious.

“The chicken has come home to roost for Delta State and they must bear the consequences of their actions. The people of Delta State and their allies who had said they were not looking for money cannot suddenly claim ownership of the same.”

Ajulo, who quoted the legal perspective and implications to the case, said the UK Proceed of Crime Act makes provisions for the confiscation of proceeds of crime to the crown and it is regarded as funds belonging to her Majesty’s Government, but the latest Memo between the United Kingdom and Federal Republic of Nigeria has altered that and awarded ownership to the Federal Government.

He said: “It suffices to draw attention to the provisions of the United Nation Convention Against Corruption which are very pungent in this discourse. Article 53 (c) of the Convention requires that a State Party contemplating confiscation enable their appropriate authorities to recognize the claim of another State Party to be a legitimate owner of property acquired through the commission of a Convention offence.

“It, therefore, provides that State Parties to the convention must take such measures as may be necessary to permit its courts or competent authorities, when having to decide on confiscation, to recognize another State Party’s claim as a legitimate owner of property acquired through the commission of an offence established in accordance with the Convention.

“Article 57(1) provides that ‘Property confiscated by a State Party shall be disposed of, including by return to its prior legitimate owners by that State Party in accordance with the provisions of this convention and its domestic law’.

“Article 57(5) provides that ‘Where appropriate, States Parties may also give special consideration to concluding agreements or mutually acceptable arrangements, on a case-by case basis, for the final disposal of confiscated property.’

“From the foregoing, it implies that the procedure to be followed in the final disposal of confiscated property to a beneficiary state would be dependent on the peculiarity of each case.”

Ajulo said pursuant to the provisions of the United Nation Convention Against Corruption, the United Kingdom had entered into a Memorandum of Understanding with the Nigerian Government to ensure that the funds were not re-looted and the Federal Government was made to undertake that a Civil Society Organization will monitor the refund of the looted funds.

The civil rights lawyer, however, urged the Federal Government to utilise the repatriated funds, if any, for the benefits of the people of Delta State and Nigeria at large with projects that benefit the entire citizenry without preferences.

He therefore said since the Delta State Government is a continuum and an ally of past governments in the state, the Federal Government should appoint true Delta State patriots led by Chief Edwin Clark, who had fought against corruption in the state, as trustees of the utilisation funds in Delta State to ensure proper accountability and transparency and to prevent the funds from being re-looted.