I recommended Bawa for EFCC job based on his competence — Malami 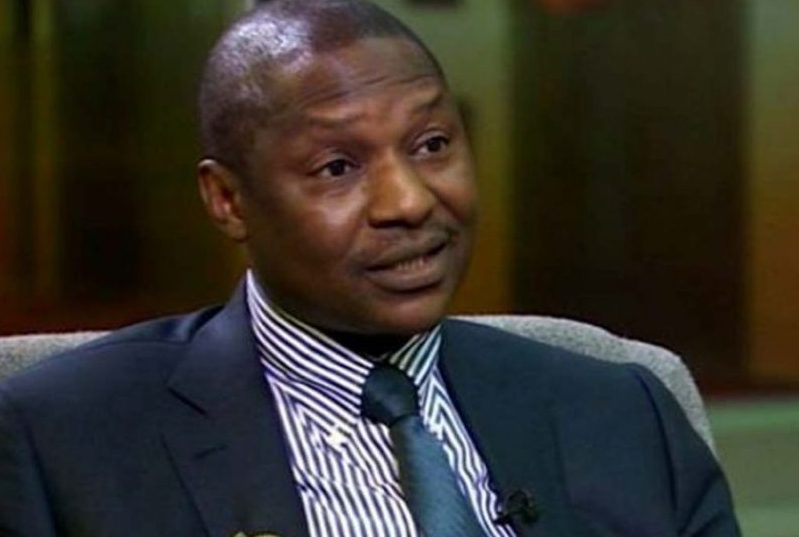 Abubakar Malami, attorney-general of the federation, says he recommended Abdulrasheed Bawa as chairman of the Economic and Financial Crimes Commission based on his competence and capacity to deliver.

In an interview with Daily Trust, Malami said he is happy that the comments against Bawa’s nomination did not have anything to do with his competence.

Bawa, 40, was confirmed by the senate in February as the substantive chairman of the anti-graft agency following his nomination by President Muhammadu Buhari.

Ibrahim Magu, his predecessor and former acting chairman of the EFCC, was suspended and later removed from office over allegations of corruption.

In the interview, Malami said four names were sent to President Muhammadu Buhari but Bawa was eventually picked.

The justice minister said the EFCC chairman will add value to the fight against corruption.

“I am happy that most of the comments made are not on his capacity, intelligence, competence and associated ability to deliver. His capacity to deliver was never questioned across the nation,” he said.

“The question is whether justice has been served, whether public interest has been served having the chairman appointed with a particular regard to his capacity and ability to deliver.

“My answer is yes. He has the capacity, ability and institutional history of the institution to do justice by way of bringing about added value.

“[Bawa] has held various authorities, inclusive of serving in various divisions as the head of operations, including Port Harcourt, Lagos and Ibadan which are adjudged to be the high point.”