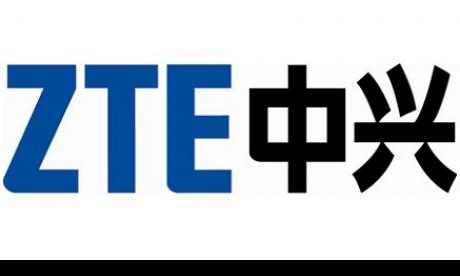 Share
Facebook Twitter LinkedIn Pinterest Email
The Federal Government is currently gathering details on how to unravel alleged shady circumstances through which it was ripped off in a security contract awarded to ZTEL Corporation of China.
The sum, totaling $470 million, was agreed upon in 2010 between the Federal Government and ZTEL for supply and installation of 1,000 units of solar-powered Closed-Circuit Television cameras in each of the two major cities of Abuja and Lagos among other technical services.
The contract had become urgent in monitoring criminal activities in the wake of series of major bombings that trailed the tenure of the last administration of former President Goodluck Jonathan, especially the October 1bombing, which occurred in the heart of the Federal Capital Territory, Abuja.
But investigations have revealed that ZTEL Incorporated, a firm doing business in Nigeria under the name ZTEL Nigeria, shortly after receiving $70.5 million as counterpart fund from the Federal Government, defaulted on critical areas of the contractual terms.
It was discovered that ZTEL’s impunity was made possible with clandestine connivance of top Nigerian officials, thereby allowing the firm to fail in playing its own part in the provision of the CCTV Cameras in the two cities.
Further investigations revealed that Lagos currently has less than 600 of such installations, while those so far installed in Abuja are not functioning, a situation that handicapped operational dragnet of all the security forces after the August 26, 2011 United Nations bomb blast in the same FCT.
Findings pointed to how the firm took a U-turn after receiving the $70.5 million, which was 15 per cent of the $470 million expected to finance the contract, leaving Nigeria with a loan debt of $399.5 million in the Chinese EXIM Bank.
The EXIM Bank, which agreed to provide to remaining fund, is equally suspected to be a party in the conspiracy as the bank has been taking its repayment at 3 per cent rate from Nigeria.
The continued repayment of the loan to EXIM, which will span 10 years, is despite the non-completion of the contract by ZTEL, its Chinese indigenous firm, and a step described as a disregard to its initial MOU with Nigeria on monitoring progress of the work.
Other findings also revealed that ZTEL fell short of government’s expectations by not honouring in accurate terms supply of series of auxiliary communication gadgets, which include 37 units of Switch Rooms (MW backbone) and 37 units of Coalition Emergency Response Systems.
Others are six units of Emergency Communication Vehicles, 37 e-police Systems and 38 Video Conference Sub-Systems.
While some of these items were said not to be supplied at all in most cases, others were supplied at reduced quantity under the nose of Nigerian Government top officials who allegedly received kickback from ZTEL.
ZTEL also violated another agreement in the contract, which stipulated that the Chinese firm would train Nigerian security experts for a certain period of time on how to read and interpret video recordings of the cameras in case of criminal or bomb attacks.
Security sources revealed that attempts to secure experts’ transfer training from ZTEL yielded no results as the firm itself did not operate the installations for once before handling them over to the Federal Government through the ministry of Police Affairs.
There are also questions over why ZTEL Corporation of China, which bided and got the job, refused to execute it directly as contained in the agreement.
Rather it later sublet the job to ZTEL Nigeria, a firm not known to the Federal Government in entire the deal.
According to ministry sources, a former Minister of Police Affairs, Caleb Olubolade, was said to have refused to issue ZTEL a certificate of completion on the contract following what he described as “a shoddy job and poor contract supervision” inherited from his predecessor, Aminu Adamu Waziri.
Meanwhile, the Nigerian House of Representatives is spoiling for a showdown with ZTEL over its failure to complete and meet all terms of the contract as the House has summoned the firm to appear before an investigative hearing slated for this week.
The House is also said to be interested in determining to what extent the Chinese nationals of ZTEL have been paying taxes to the coffers of the government.
ZTE
Share. Facebook Twitter Pinterest LinkedIn Tumblr Telegram Email