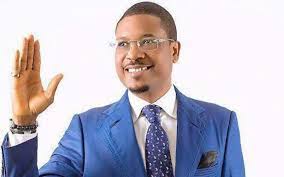 In reality though, he is a master magician, who with what seems like sleight of hand makes every industry he steps into his oyster.

Today, at 45, one cannot but look back and attest to his trail of successes with the knowledge that like a magician’s box that is never truly empty and full of surprises, he has more than a few tricks up his sleeve.

Shina started his journey into relevance by first conquering the entertainment industry, which is a no-mean feat, judging by the number of failed acts that fall into the pit of irrelevance daily.

At a time, his Aquilla Records was the go-to point for budding entertainers and even investors in the industry were in a constant bid for his attention

Like a locomotive, after the opening of his club, Quilox, which is still sitting pretty on a prime property on Ozumba Mbadiwe, V/I, Lagos, Nigeria, Africa was taken on a ride of what it means to have a truly thriving nightlife.

Quilox, today, is so successful that many Nigerians and foreigners have the club listed on the bucket list of the places to visit while in Lagos. Like the popular saying, ‘See Paris and die,’ a visit to Club Quilox is termed the ultimate African clubbing experience, because it has become the most prestigious in Africa and everybody, who is indeed anybody has a visit to Quilox on their bucket list.

The Aquila Group boss is one too restless to relax after any success. He furthered his business empire with the excellence and precision of a master magician, and today, Aquilla Oil, Aquilla Properties are just some of the many arrows in his quiver of success.

For those who know him, Shina was never shy about the fact that he developed his entertainment entrepreneurship from his father, Professor Moshood Abiola Peller.

At any given opportunity, he states that his father, touted as Africa’s greatest magician, taught him how to put structure in business, and that has helped him to be able to achieve a lot of things at the same time.

Unknown to many, his father was also his biggest political influence, Professor Peller was the first to bring Chief Obafemi Awolowo to Oke-Ogun in Oyo State, back in the early 80s.

Over the years, even with his many responsibilities, he remained committed to the people at the grassroots, constantly looking out for and making life easier for them.

Peller ventured unabashedly into philanthropic activities, from installing borehole systems in communities hitherto without water to giving out scholarships to indigent students even in Lagos, a city outside his purview.

Of course, these were mere palliatives as his community leaders realised that only quality representation at the federal level could stem the tide of problems that were set to drown the federal constituency and render it a backward community

When 2019 began to beckon, leaders in his home city, Iseyin, studied the times and saw that the leader that was needed was one who could channel life excellence into politics.

These long-sighted community spokesmen approached him to extend his mantle and take the Iseyin/Itesiwaju/Kajola/Iwajowa Federal Constituency in Oyo State under his wing, and like the reverent, selfless son of the soil he is, he bowed to the wisdom of the masters and took a new step onto the ladder of political leadership.

Like everything he touches that becomes gold, Shina unequivocally conquered at the polls. To further confirm that he is indeed a set apart from the everyday crop of politicians that besiege, Hon. Shina has been an exemplary ambassador since he got into the federal legislature.

In the last three years, while fulfilling his duties to his people, he has been a solution to this generation of youths. Apart from the fact that he started the Lead Generation Initiative (LGI), a citizen and youth-driven nonpolitical, non-profit and non-governmental organisation that is committed to creating opportunities for young people to channel their creativity, energy and aspirations to adding value to their communities and country, he has been on an enlightenment drive, going around the country in an effort to get young people involved and interested in politics.

The LGI, which achieves its aims through programmes like the ‘Get Involved Leadership Training (GILT), get involved regional leadership summit, emerging leaders conference, women leadership development programme, creative open crafts, national entrepreneurial enterprise competition, among others, trains representatives from each of the local governments, in all the 36 states of Nigeria and the federal capital territory on civic responsibility, nation-building, community security, communication and development skills.

A ‘train-the-trainer’ programme where the local government supervisors will go back to their respective local governments to train the ward representatives from each of the wards in their local government, the initiative has successfully held the GILT in the five states of Oyo, Osun, Bauchi, Gombe and Niger, respectively.

As a House of Representatives member, he has been an epitome of quality representation in terms of conduct and by sponsoring strategic motions designed towards building a better Nigeria. In addition, his empowerment programmes to his constituency are second to none and he has proven himself a leader with a difference.

At 45, worried by the myriad of security challenges facing Nigeria, he is gathering national leaders for a Lead Generation Initiative National Security and Peace Symposium to mark his birthday, as opposed to mundane celebration.

The art of a magician is to create wonder, something so beautiful and amazing that no one can deny. Shina Peller, a scion of magical excellence, is not a mere magician; he is the magic that exists in a political society that was almost bleak without the excellence he brought to bear in the last decade.