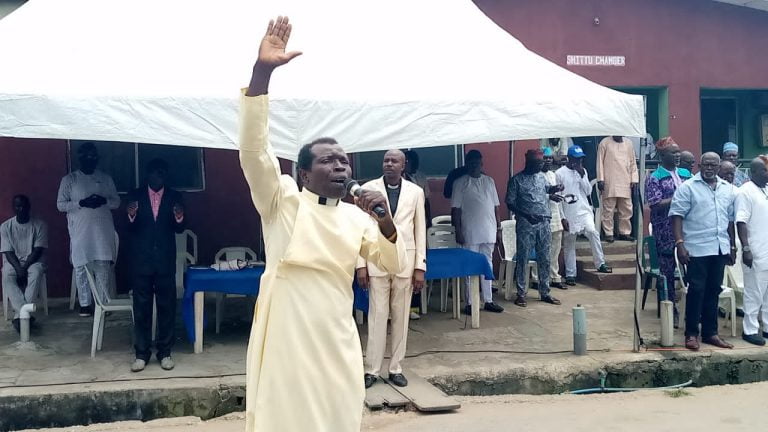 A political group, the ROT Like Minds, organised special prayers for the success of the All Progressives Congress presidential candidate for the 2023 elections, Asiwaju Bola Ahmed Tinubu.

The News Agency of Nigeria reports that the group is made up of supporters of Hon. Rotimi Agunsoye (APC-Kosofe, Lagos Federal Constituency).

He said: “The group believes that Tinubu’s presidential ambition will become a reality by seeking the blessings of God.

“Tinubu is a trusted and tested leader who has touched lives and redefined leadership in and out of political positions.”

He added: “This is not the first time Hon. Agunsoye is organising this type of programme.

“We have embarked upon this prayer session in honour of our principal and our mentor.

“This is because he has unfolded his ambition to become the president of the country by the grace of God.

“We are his foot soldiers and we are his loyalists.

“All of us have come under the banner of this group to organise this Christian and Muslim prayer session.

“We want to hand over all our affairs to God so that He can guide us and grant our request.

“This is so that Tinubu can become president to continue to do what he knows how to do best, which is developing people and developing society.”

In his remarks, Adebajo Adetunji, an APC chieftain in Kosofe Local Government Area, said the prayer session was to pray for more wisdom, knowledge and for Tinubu’s aspiration to come to reality.

Adetunji said the prayer was to hand over everything to God, the Creator.

“He precisely knows from the beginning to the end, so we are committing Tinubu’s ambition to God to see him through the 2023 election,” he said.

“If you look at his records when he was Lagos State Governor, he created the 37 LCDAs.

“These councils have created jobs for more people in the state.

“Tinubu groomed many leaders across the country and elevated so many politicians.