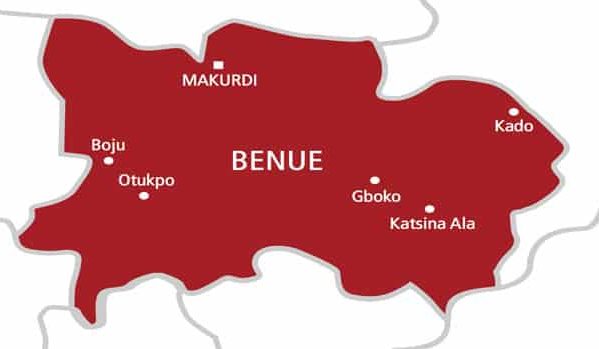 Dr. Sam Abah, a former newscaster with the Nigeria Television Authority, on Friday joined the race for the Benue governorship seat in the 2019 general elections.
Abah, who also worked with the Adamawa State Radio Corporation, is seeking the seat on the platform of the United Progressives Party.
Speaking to the News Agency of Nigeria after declaring his ambition in Makurdi, Abah said that he was not happy about the worsening Benue economy and was keen on harnessing its resources to make it Nigeria’s economic capital.
He also promised to involve more youths in running the state, pointing out that the state needed their energy and ideas to move forward.
The veteran journalist and author regretted that the huge intellectual capital that abound in the state was wasting away, and promised to convene an economic summit where all Benue people would contribute ideas towards its growth.
Abah promised to turn the Benue Government House into a youth centre where people would be trained in various skills and equipped to explore the vast business opportunities in the state.
He said: “Regrettably, today, the Benue youths are outside of the Government House, trying to go in. For us to develop and free ourselves from the shackles of poverty, the youths should actually be in the Government House and running the economy.”
The aspirant also regretted that young people between the ages of 25 and 35 were considered children, while adults between the ages of 45 and 60 were considered youths.
Abah said: “We will change that situation and centre our developmental policies and programmes around the real youths who fall within the age bracket of 18- 48 years.
“We will tap the talents of the youths via an economic model where youths will be aided to access micro-loans to set up micro processing firms.”
Abah emphasised the need to develop the agricultural potential of Benue so that farmers would obtain full value for their produce while the small business holders would also have returns on their investment.
He assured: “We will encourage processing of raw produce from the state; we no longer want farm produce to be taken out of the state in their raw form. We need to process mangoes, oranges and tomatoes into juice and tomatoes paste.

“We want a situation where our fruits leave the state as finished products.”
He regretted that the rich tourist potential of the state had been left to rot, and promised to transform that sector into an economic hub of Benue.
Abah decried the excessive drinking habit of Benue residents, and advised the people to cut down on their alcohol consumption so that monies sunk into alcoholic beverages would be invested into profitable ventures.