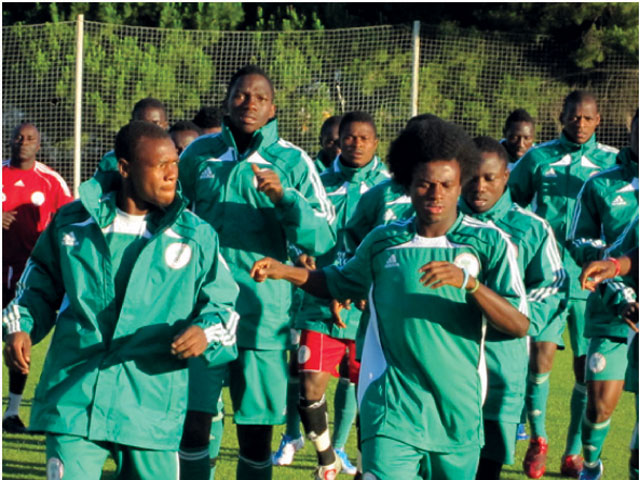 The Nigeria Football Federation has lined up three international warm-up games for the country’s U20 team, the Flying Eagles, against Egypt and Benin Republic, preparatory to the African Youth Championship.
The Flying Eagles will first host Benin in Abuja on February 16.
Both teams, who will feature at the AYC in Algeria in March, played out a 1-1 draw when they clashed in another friendly in Cotonou in September.
The Nigeria U20s are also billed to fly out to Cairo for two more international test matches against another 2013 AYC finalist, Egypt.
They will take on the Young Pharaohs on February 20 and then on February 22 to test their readiness for championship of which they are the defending champions.
Both teams also clashed in Dubai, United Arab Emirates prior to the 2011 AYC in South Africa with the Egyptians winning 2-1.
The team will then fly out to Tunisia from Cairo for a two-week training camp.
The 2013 AYC will be staged by Algeria in Oran from March 16, with the four semi-finalists qualifying to represent Africa at the FIFA U20 World Cup in Turkey.