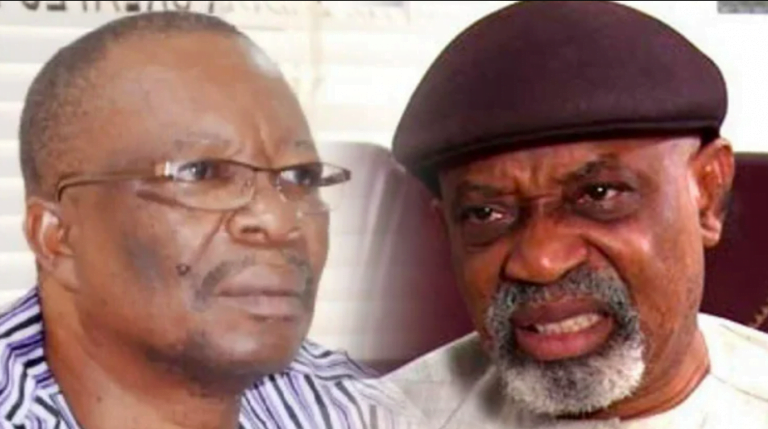 The Court of Appeal will on Friday, October 7, deliver ruling in an application by the Academic Staff Union of Universities, seeking permission to appeal against the order of the National Industrial Court.

The NICN had on September 21, granted interlocutory order in favour of the federal government, ordering the university lecturers to resume work pending the resolution of their dispute with the government.

But dissatisfied with the court order, ASUU, through its counsel, Femi Falana (SAN), filed an application at the Court of Appeal (Abuja Division), seeking the leave of court to file an appeal against the industrial court order.

Falana claimed that it was the right of ASUU to file an appeal against the interlocutory injunction because it was against them.

He cited several authorities to the effect that ASUU must first seek and obtain leave of the court of appeal before filing notice of appeal so as to ensure validity of the appeal.

Falana informed a three-man panel of the court headed by Justice Hamma Barka, to reject the government’s opposition against the application, adding that it would amount to a dangerous decision for his client to be denied the right of appeal.

Earlier, Falana had requested that the stay of execution of the ruling of the industrial court, contained in the application, be discontinued.

However in the opposition to ASUU’s application, the federal government prayed the court to dismiss the entire application on grounds of incompetence and jurisdiction.

The lawyer to the Federal Government, James Igwe (SAN), drew the attention of the court to the fact that the industrial court order made since September 21, had not been obeyed by the lecturers till date.

He also opposed the decision of ASUU to jettison stay of execution of the industrial court order, adding that both parties had already joined issues.

Igwe argued that ASUU, having been in contempt of court, cannot come before the Court of Appeal with unclean hands to ask for a favour or attention.

Specifically, he cited Order 6 Rule 4 of the Court of Appeal, adding that ASUU’s application, was in breach of the order, thereby making it incompetent and should not be granted.

Similarly, Igwe argued that proper parties were not before the court because the parties were wrongly and unlawfully listed on the application paper against the parties at the industrial court

“ASUU is in contempt of court, it is illegal for ASUU to remain on strike in the face of the industrial court order. Section 18(1) of the Trade Dispute Act, does not allow a party in contempt to come before Court of Appeal with the type of ASUU’s application,” he said.

Igwe therefore prayed the Court of Appeal to dismiss the request of ASUU for leave to appeal against the Industrial Court order that had not been obeyed.

Justice Barka Hamma, after taking arguments from the two parties, announced that the ruling of the court will be delivered on Friday, October 7.