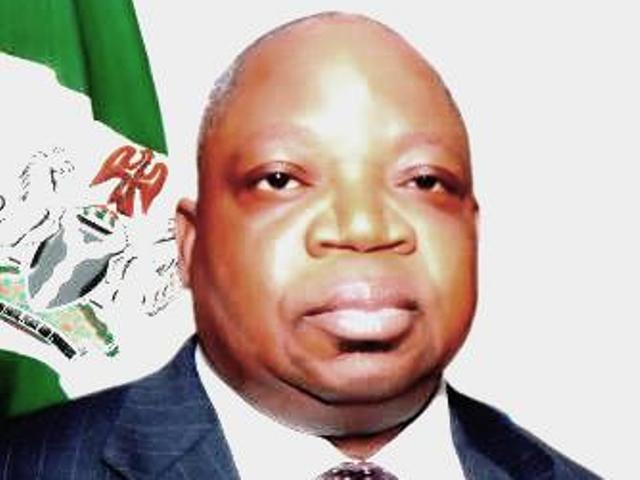 Jonah Otunla, the Accountant-General of the Federation, on Wednesday said that the March salary of Federal Government workers gulped about N35 billion.
Otunla made this disclosure in Abuja on Wednesday at a “Role Players Workshop on Integrated Personnel and Payroll Information System” organised by the Office of the Account-General of the Federation.
He said that the number of federal staff, whose salaries were paid with the money, was 283,000, adding that the workers served in 308 Ministries, Departments and Agencies.
Otunla, who was represented by the Coordinator, IPPIS, AGF Office, Fatima Mede, however, said that all federal workers were yet to be captured on the IPPIS network.
He expressed hope that by June, 2014, “we should have all federal MDAs in the country on the IPPIS network.’’
He said that his office had commenced work on getting all federal universities, polytechnics and colleges of education and Para-military agencies on the IPPIS platform.
He explained that IPPIS would enable the government to keep tab of its recurrent expenditure.
Otunla said: “This workshop is aimed at identifying and discussing some of the challenges encountered with the IPPIS system, so that together, we can strategise and come up with solutions to these bottlenecks.
“I know that some MDAs have been having problems such as salaries delay, wrong grade level placements and so on.
“But it will interest you to know that most of these challenges are due to wrong paper work or late submission of correct information that will guide in the payment.”
Otunla urged workers to ensure that they had the Nigerian Uniform Bank Account Number, which was the major challenge the office was facing in salary payment to workers.
He said that salaries of more than 1,000 workers were suspended in March due to non-compliance with NUBAN.
In his speech, the Head of the Civil Service of the Federation, Alhaji Bukar Aji, said that all stakeholders in the civil service would have to synergise for IPPIS to be effective.
Aji, who was represented by the Permanent Secretary in his office, Mohammed Abbas, said that had helped the service to identify the staff that were supposed to have retired long ago but still remained in service.
He said that the persons discovered in such fraudulent act were forced to retire.
He said that the IPPIS had potentials to reduce corruption in the system if its handlers fed the system with the correct information.
Aji said: “Your role as stakeholders will help build a transparent, efficient and effective payment process through the proper utilisation of the IPPIS.
“Do not compromise your position as IPPIS officers in your various MDAs for any form of corruption through wrong imputation of data such as date of birth and date of appointment into the data base.
“Doing so is a form of corruption and any officer caught doing that will face the wrath of the law.”
On her part, the Deputy Director, Expenditure, Budget Office of the Federation, Olukemi Arodudu, advised MDAs to write to the budget office for approval before employing new staff so that their salaries could be provided for.
Arodudu said: “It is necessary to do so because the money provided for any MDA in a year does not include new staff and increment of salaries.”
She said that many MDAs employed and promoted staff without ensuring that funds were provided for them, adding that such situation was among reasons why payment of salaries were sometimes delayed.