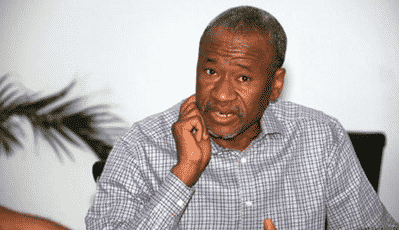 Share
Facebook Twitter LinkedIn Pinterest Email
The Federal Government has pledged to end the age-long boundary crisis between Oku Iboku, Itu community in Akwa Ibom State and Ikot Offiong, Odukapni community in Cross River State.
Dr. Muhammad Ahmad, the Director-General, National Boundary Commission, made the pledge at the sensitisation/enlightenment campaign for Itu and Odukpani communities in Uyo on Tuesday.
Ahmed said that the Federal Government was determined to put an end to the prolonged boundary crisis between the two states.
He said that the Acting President, Prof. Yemi Osinbajo, following a meeting with stakeholders from both communities, directed the staging of a sensitisation campaign toward the final demarcation of boundary between the two states.
The director-general said with the proposed construction of the East-West rail line from Lagos to Calabar, it had become expedient for peace to reign in the area if development must thrive.
Ahmad said: “The Federal Government is not happy with the killings and destruction of lives and property.
“That was why Acting President, Osinbajo, who is the Chairman of the National Boundary Commission, called for a meeting with stakeholders from these areas.
“We agreed to first of all carry out a sensitisation of the communities and the actual demarcation of operational limits for both states.”
Ahmad called on the governments, traditional institutions and other stakeholders of the two states to convey the message of peace and reconciliation to their communities and prepare the ground for the actual boundary demarcation.
In his remarks, the Deputy Governor of Akwa Ibom, Moses Ekpo, commended the Federal Government for its thoughtful intervention.
He noted that people of Akwa Ibom and Cross River, having been together since the country’s inception, had no reason to fight and kill each other.
Ekpo said: “Akwa Ibom and Cross River States have been together since the creation of this country.
“I want to assure you that the problem will be sorted out once and for all.
“I have always said that the issue of water and land is not a creation of man but that of God; therefore, these things do not belong to us but to God.”
He said that misunderstanding between the people should not propel them to foment trouble and shed blood.
He said: “What could divide us cannot make us to fight each other.
“After all, when we die, it is just a little portion of the land, about six feet, which will be allocated us when we die. Land and water should not cause us to fight.’’
Also speaking, the Deputy Governor of Cross River, Prof. Ivara Esu, sued for peace across the country.
He pledged the state government’s determination to ensure that peace reigned in the state so as to achieve progress and development.
Esu said: “Those that kill people innocently should repent or else the wrath of God will be upon them, unless they repent.
“What more can we give as present to Governor Udom Emmanuel of Akwa Ibom State on his birthday than peace.”
The Surveyor General of the Federation, Ebisintie Awudu, said that the boundary demarcation was for administrative purposes.
He said that government would soon put the demarcation plans on the ground, with pillars for the state governments to know and plan for the citizens.
Awudu assured the two states that the boundary demarcation would be carried out without any form of bias.
Speaking on behalf of Itu community, the traditional ruler of Itu, Edidem Akpan Inyang, expressed optimism that the peace mission would be pursued to a logical conclusion.
He also called on the other community in Cross River to embrace peace.
Inyang said: “Let us dialogue and work together to see the success of this exercise, as initiated by the Federal Government.
“It has been our desire as traditional rulers to see that the carnage comes to an end.”
Etinyin Ekeng Okon Nyong, the Chairman, Odukpani Traditional Rulers Council and Clan Head of Ekim/Uyi clan, Odukpani Local Government Area of Cross River State, said that the people, who had been living together for over 100 years, had no justifiable reason to fight.
News Agency of Nigeria reports that the over 50 years’ boundary dispute between Itu community in Akwa Ibom and Ikot Offiong community in Odukpani, Cross River, has over the years resulted in carnage as well as loss of lives and property.
NAN reports that highpoint of the event was the symbolic exchange of gifts between the two communities and release of pigeons to mark the end of hostilities between them.
Akwa Ibom State Cross River State Federal Government National Boundary Commission
Share. Facebook Twitter Pinterest LinkedIn Tumblr Email