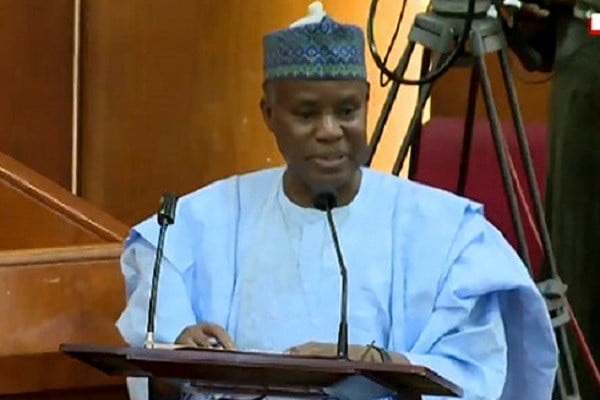 The Minister of Defence, Retired Maj.-Gen. Bashir Magashi, has assured that the Federal Government was committed to improving the living standard of war veterans as well as the families of fallen heroes.
Magashi gave the assurance while speaking with newsmen on Friday in Abuja on the 2020 Armed Forces Remembrance Day celebration.
He said that the ministry had taken steps toward institutionalising the provision for welfare the needs of veterans in line with International best practices, through review of the Nigerian Legion Act.
The minister, who disclosed that bill for the review of the Nigerian Legion Act had been forwarded to the National Assembly for consideration, urged the 9th Assembly to assist in its expeditious passage.
He also said that government had also ensured regular payment of the monthly pension of veterans, adding that such remained the root of catering for their welfare.
According to him, the Defence Health Maintenance Limited has continued to provide health insurance service for veterans, widows and eligible dependants of our fallen heroes.
“The Ministry of Defence will continue to empower the company for the effective discharge of its responsibilities.
“Zonal offices are being established in all the zones of the federation to increase access to the company’s services.
“The National Personal Asset Acquisition Scheme programme has taken off in 2018 in Jos, with the distribution of 400 motorcycles to the legionnaires and food items to widows of fallen heroes.
“The gesture was replicated with the distribution of 2,000 motorcycles and 10,000 bags of rice in Abuja in October 2018.
“The collaboration has programmes in housing, agriculture, provision of free medical services, skill acquisition, transportation, education and humanitarian services.
“All these are in a bid to improve upon the welfare and living conditions of our veterans and their families.”
According to Magashi, the country, through the AFRD celebration, recognises and appreciates the sacrifices of the country`s fallen heroes, veterans and the Armed Forces.
The minister said many military personnel laid down their lives, while others survived with varying degrees of incapacitation, adding that soldiers had continued to dedicate “to this onerous and patriotic duty”.
He said: “It is the desire of government that this act of remembrance be implanted in the hearts of all Nigerians so that we, can on daily basis, act in ways that show our appreciation.
“We owe it a duty to give consideration to the plight of the widows and orphans of the fallen heroes.”
The minister commended some Non-Governmental Organisations that had catered for the veterans and families of fallen heroes and called on more NGOs and corporate organisations to support with the needs of “these special Nigerians”.
Magashi explained that the AFRD was being celebrated globally on November11, to mark the end of the 2nd World War.
The minister said Nigeria decided to celebrate on Janaury 15 to mark the end of its civil war which ended in 1970.
He said a number of events had been lined up ahead of the celebration, beginning with the launch of emblem on October 16 and Nigerian Legion Humanitarian Day on October 18.
According to him, religious services will take place on January 10, 2020 at National Mosque and January 12 at the National Christian Centre, while wreath laying will be carried out on January 15 across the country.