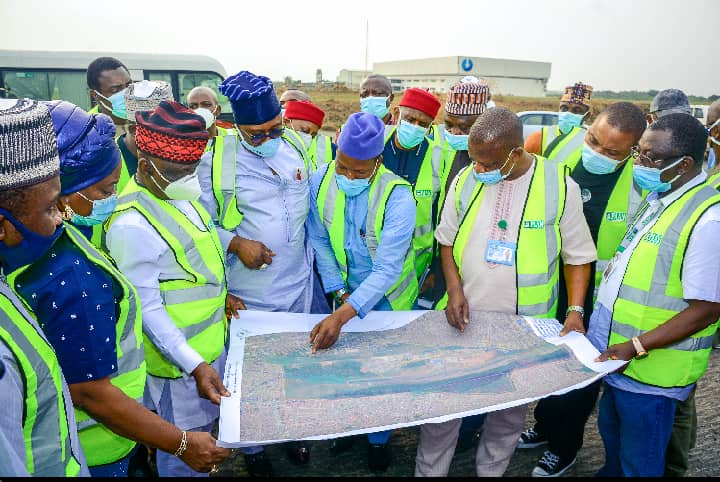 The Federal Airports Authority of Nigeria has called for the stoppage of its 25 per cent revenue contribution to the Federation Account to enable it address some infrastructure gaps.

Rabiu Yadudu, General Manager, FAAN, made the appeal during an oversight visit of the Senate Committee on Aviation at the Lagos Airport on Sunday.

Yadudu explained that one way to ensure development in the industry was to allow revenue generated by agencies in the sector to be ploughed back.

The Managing Director said the practice was obtainable across the globe and also part of the international standard and recommended practice.

He said: “The industry is still having infrastructure gap to stabilise.

“Therefore government’s support in stabilising the industry is needed.

“This can be achieved by suspending the contributions to the Federation Account in compliance with ICAO Standards and Recommended Practices Doc 9562.

“This document on airport generation provides that revenue generated by the airport should be transparently re-invested wholly in operating and developing airport facilities.”

He also highlighted the global economic challenge both national and international, which had affected airline operators, causing them to reduce fleet, frequencies or totally withdraw operations thus affecting the agency’s revenue generation.

Yadudu decried the rising operating and maintenance cost of the new terminals and existing ones due to inflation and the devaluation of the naira.

The Managing Director, however, said the agency was tweaking its plans to make other airports that were not breaking even to perform.

He also said the airport management had embarked on aggressive debt recovery, while it had introduced a Pay As You Go system, adding that it had also commenced cashless policy among other loophole blockage areas.

Responding, the Chairman of the Committee,  Senator Smart Adeyemi, said the idea was commendable, noting that the issue was constitutional and would require a constitutional review to achieve.

Adeyemi commended Yadudu for the work done on the runways such as that of Enugu and Abuja, but stressed that emphasis needed  to be placed on airports that had not had any form of rehabilitation since established, especially those in need of refurbishing.

He said: “I was happy when we went to Enugu and saw the improvements on the runway and I want to also commend the Minister of Aviation for the rehabilitation of Enugu runway.

“However, there are quite a lot of airports that we need to start looking at budget inclusion for next year not this year.

“We will not wait till there is a mishap before we start looking at fixing the runways, which are in bad shape.

“A number of them, since they were constructed, have not been touched.

“And at times when you land in some of these airports, you don’t need to be a pilot to know that the plane will not maintain a balance.”

Adeyemi said the committee would carry out more oversight functions in 2021.