Expert laments over harsh conditions of animals at parks 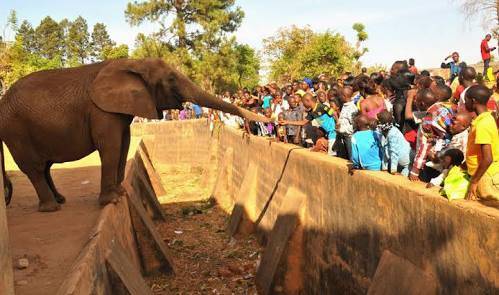 The Jos Wildlife Park Manager, Sakburkya Mohammed, has decried the poor state of affairs at the conservation park.

Mohammed spoke with the with the News Agency of Nigeria (NAN) in an interview Saturday in Jos, the Plateau State capital.

He cited poor welfare of animals due to poor feeding, lack of mates and encroachment as some of the challenges.

He complained that because there had not been any form of animal pairing for breeding purposes in the park for a while, “there’s hardly any hope for continuity for the animals there.

“In a sector for conservation such as this, we need continuity, where we get new animals and the animals get paired to enhance breeding.

“But once there is no any pairing, you know that you cannot even get any much new animals and really there is no hope for continuity.”

Mohammed, however, noted that there had been several attempts with through requests for the needs of the park but nothing had been done.

He maintained that the park could only generate reasonable revenues “when there’s something in it for tourists to come and see.

“We are still writing memos requesting for more animals, because as the state of the park is now, if there’s much animals then we will get more tourists.

“The revenue will be much, but if there is no animals people will be reluctant to come in for sightseeing.

“But the more there is new or exciting animals, people will like to come in to see the new animals that they have not seen or heard of before”.

Mohammed noted that the park only had a lion and an elephant both without mates.

Also, speaking on other challenges confronting the park, Mohammed added that human encroachment was prevailing.

“We are having a lot of encroachment issues in the park’s surrounding, because the communities are getting too close for human activities.

“It is getting much, especially for those farming, people are encroaching for farming and even some are building houses within the park areas.

“So it’s a serious problem and we need to educate people about the dangers of doing this.

“Because if any animal escapes, there’s no way it will not injure people because they are very close to the park.

“So, honestly we are facing a lot of challenges” he said.

The Jos Wildlife Park is one of the country’s topmost conservation parks and Plateau’s major tourist’s attractions where nature has been conserved since its establishment in 1972.

The wildlife conservation is the practice of protecting plant and animal species and their habitats and it provides balance and stability to nature’s processesas part of the world’s ecosystem.